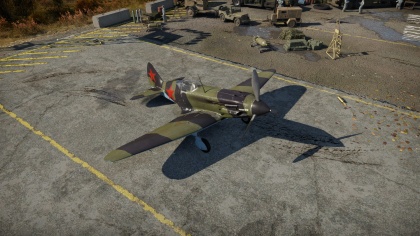 It can destroy aircraft, especially bombers and ground attack aircraft. You should any aircraft flying in a straight line target. You should stay clear of Spitfire-s and Zero-s. It is good in a head-on situations. You should target these planes: IL-2, B-25, Yak 2 KABB, Do 217...