Difference between revisions of "MiG-19PT"

The MiG-19PT is a rank VI Russian jet fighter with a battle rating of 10.3 (AB/RB/SB). It was introduced in Update 1.85 "Supersonic" and was one of the first three jets to feature guided air-to-air missiles, the other two being the F-100D and the Javelin F.(A.W.) Mk.9. The MiG-19PT is the top-rank aircraft in the Soviet fighter line-up.

The aircraft is fairly fragile, with any hits likely to damage the engines due to how much space they take up inside the plane. While spaded one engine has enough power to get you back to base, but while stock it is a little harder and you may end up crashing. One benefit of the MiG though is that the elevators are separate to each other in the damage model, and therefore a hit to the tail causing an elevator loss isn't the end of the world, since the remaining one is good enough to carry on the fight. Another point to note is that loss of oil in either engine will rapidly cause engine failure, so it is best to return to base asap when damaged.

The MiG-19PT is armed with:

The MiG-19 carries two 30mm NR-30 cannons, mounted in the wing roots, each gun has 70 rounds of ammunition, making a total of 140 rounds. The NR-30 cannons are very fast firing so this is not much ammo, and you can't afford to spray. The guns however are extremely powerful, and only a couple of rounds hitting an enemy aircraft will severely cripple them, if not outright kill them. The shell velocity is very high and you don't need much lead to hit a target.

The recommended belts for this aircraft are Air Targets, with mostly HE rounds, but even the default belts will one hit most of the time. The ground belts contain APHE rounds with 60mm of pen, but it is not really worth going for ground targets as the limited ammunition and high speed of the aircraft makes it very difficult to hit or kill anything.

The MiG-19PT can be outfitted with the following ordnance:

The MiG-19PT can carry two air to air missile on under-wing pylons, the R-3S and the R-13M. The R-13M is a higher tier modification than the R-3S, however it is recommended to equip the R-3S due to their lighter weight, higher explosive mass, higher speed and longer engine burn time. The advantage of the R-13M is that it has 1G more G tolerance.

After taking its first flight in 1954, the MiG-19 became a worldwide sensation – it was the first mass-produced aircraft capable of breaking the sound barrier in horizontal flight after taking off from the ground. Although it was the most advanced combat aircraft of its day, the MiG-19 also had certain problems with maneuverability, and certain other improvements also took shape that were then used in the upgraded versions of the MiG-19. The fighter received an all-movable stabilizer that significantly improved its flight characteristics, enhanced control and braking systems, and new, more powerful 30mm guns instead of 23mm guns. One of the most interesting modifications was the MiG-19PT fighter-interceptor, which was developed especially for the installation of K-13 (P-3C) air-to-air missiles. This missile was strongly influenced by the extremely successful American Sidewinder, models of which the Soviet Union received from China. The MiG-19PT’s flight tests were successfully completed in 1964. The K-13 missile was then used on an entire series of combat aircraft and remained in active use until the end of the 80s. The MiG-19 itself was modernized several times and participated in many armed conflicts. Over 2,000 MiG-19s were manufactured in the USSR, and even more MiGs were manufactured in China: over 4,500 units. 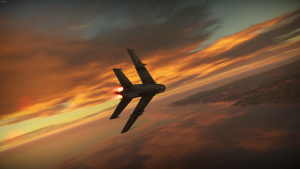 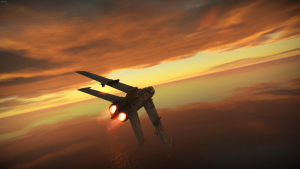