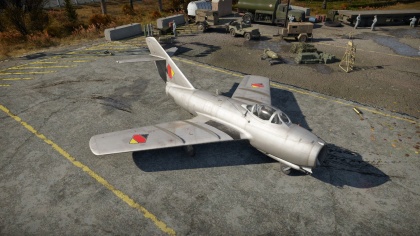 The most common enemy of the MiG-15bis is of course the F-86 Sabre's although the Banshee/Panther/Cougar line is also a threat. The MiG's main disadvantage is its wing is vulnerable to ripping in the rolling turn. The Sabre doesn't have this same issue so don't try to out-roll the Sabre, use your extremely good energy retention to zoom back up to higher altitude and then re-engage in a dive.