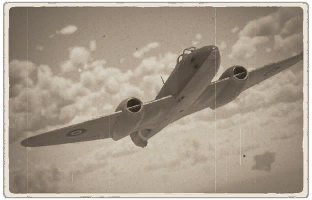 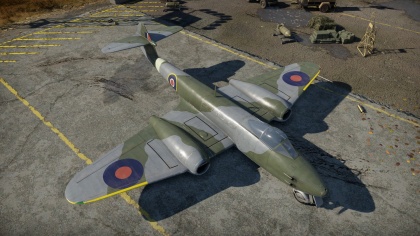 The toughest enemies to be encountered are perhaps the Ki-200 / Me 163, and the Horten 229. These aircraft are faster and have better acceleration.

To combat a Ho 229: The flying wing has a worse roll rate than the Meteor so scissors are the best way to counter them. Doing a split-S or an Immelmann is not recommended as the Ho229 has better energy retention.

Me 163B and the Ki-200 are in theory easier since the main priority is to simply make them run out of fuel without getting hit. The Mark 3 has a higher wing lift to mass ratio, thus it can barely out turn the rocket planes (even with their rocket engines enabled), but this is very dangerous and only the better-skilled pilot will come out of a turn fight alive.

Do not chase the rocket plane directly if they decide to flee, but climb slightly faster than the best rate of climb (approximately 190 knots/350 kmh/220 mph) and if he flies directly overhead for the strike, simply perform a shallow dive and pull a horizontal turn to ruin their approach. Continue doing this until they run out of fuel.