The frontal armour on the Merkava 2B is great and is comparable or better than tanks of similar battle rating, the frontal turret especially. If somebody is hoping to have a shot penetrate through the turret when they are facing a Merkava frontally, there is a very good chance they are out of luck and it will not go through. 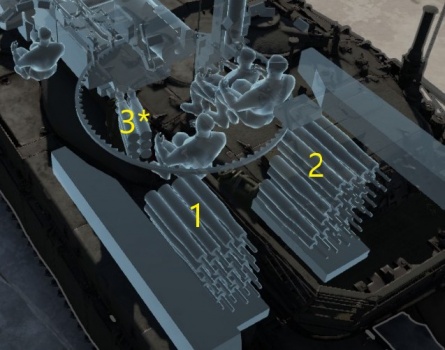 Tank shines in two primary roles - as an urban fighter and a long to medium-range sniper, which is not different to its real-world counterparts. When sniping its excellent stabilization provides a significant advantage when peaking out of the cover for a quick shots, and a small turret gives enemy a very little time to spot and aim at the tank. Added laser rangefinder in realistic modes further decreases exposure time needed to get the shot. In urban environment the engine and well-dispersed crew allows to survive most direct hits, while 8.1s reload time (below average 8.7s) allows to take the second shot before most of the competitors, and thanks to the advanced stabilization - it will be an accurate shot. What should be avoided though, is getting flanked, as the side-protection is negligible, making mobile warfare on more open maps extremely risky. 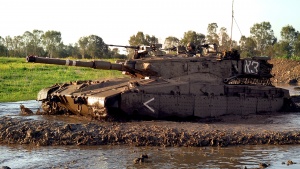