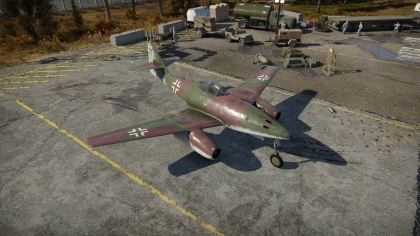 The MK 108 has insane damage potential, with the second greatest in-game burst mass of 14.52 kg/s (32.01 lbs/s) and the great explosive warhead "Minengeschoss" (=mine-shell) this weapon will vaporize aircraft, especially bombers. But every coin has a flip side and the "Sledeghammer" is no exception. The amazing rate of fire is exchanged with a very short barrel and small propellant charges, resulting in very bad ballistics. The MK 108 cannon fires the slowest shells with the greatest bullet drop in the game. Thus, the MK 108 makes no compromises, only and excels in the "extremes".

As you might guessed, The MK 108 is a very bad anti-fighter weapon particularly in jet to jet combat. Bullet drop and slow velocity results in a severe difficulty leading shots at ranges above 300 meters (350 yd). In dogfights where both aircraft are constantly turning and changing direction, this trait gets even worse. The high speeds of jet battle push the necessary lead for hitting the target high and very far in front of the enemy. Training with this weapon system in a custom battle against random enemies is heavily advised. 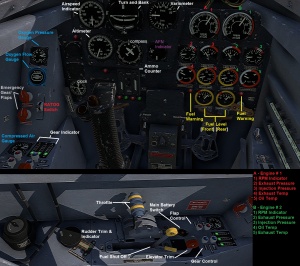 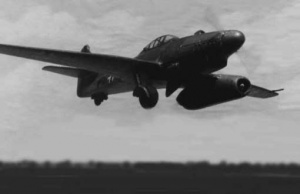