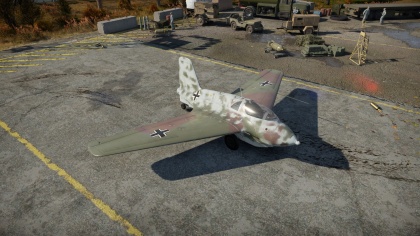 If you still have some enemies flying about after you have refuelled and repaired, it is unlikely you will find as much success. Without the distractions and tunnel vision caused by the early skirmishes, enemies are less likely to not notice you slipping onto their tail. Sometimes the last remaining enemies will be scattered throughout the map chasing (or being chased by) your allies. The Komet's limited fuel supply limits your prospects, but fun can still be had destroying AI planes or soft ground targets.