Difference between revisions of "Me 163 B" 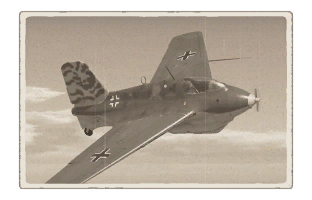 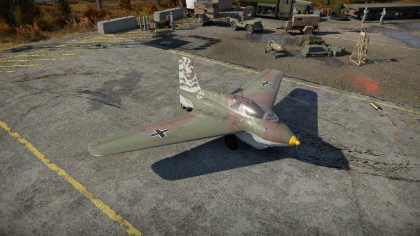 Even at BR 8, few jets can out run, out climb, or out turn the Komet, and even fewer can do all three at the same time. Even the highest BR jets cannot threaten this tiny terror lightly, lest it feasts on their blood! Although hard to catch, it is not hard to kill. The very short 6-minute fuel supply is its Achilles heel: if possible, just avoid the Komet until its fuel is spent for an easier kill. Still, any disciplined Komet jockey can overcome its shortcomings, rocketing high above the map, cut throttle, and easily glide at a mind-blowing 400 km/h to action. Stay above 5,000 m for its best performance, unless all targets are lower, and perform vertical manoeuvres to preserve precious energy. The craft is very sturdy and only the most extreme manoeuvres can break the wings so push it. Conversely don't chase top jets, get altitude, let them come to you (they will). High closing speeds require maxed out crews Keen Vision and G-Tolerance and majority of Awareness, and of course Expert qualification. 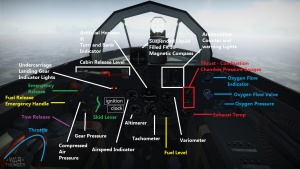 The Me-163 began life at the `Deutsche Forschungsanstalt für Segelflug´ as a modification of the Lippisch Delta IV glider, known as the DFS 39.