Difference between revisions of "Matilda Hedgehog" 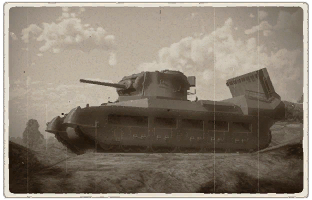 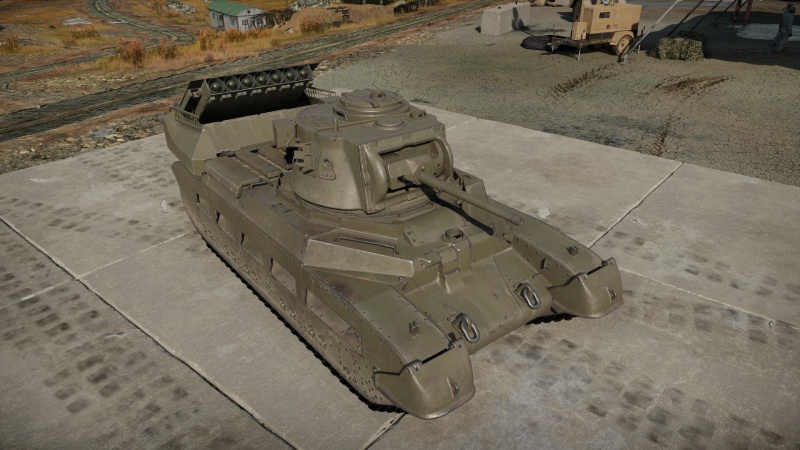 The Hedgehog mortar now placed behind the Matilda offers lethal explosive ordnance. Yet the death from above by the Hedgehog will be challenging to accomplish. Firstly, the Hedgehog is only effective in a default distance of 190 m. The launcher cannot be raised or lowered to modify the targeting distance. Secondly, the mortars will be launched individually from right to left. Yet they will fall quite close to each other. Depending on the intentions of the player, they might turn the hull while deploying the Hedgehog, to spread the fire. Lastly, there is available a limited number of mortars (7) and the eventual reload of more inside a capture point will be tediously slow and dangerous. This means the mortar is likely to be a piece of single-use equipment. The mortar rack is also poorly shielded and vulnerable to machine gunfire. If hit, the mortars will likely detonate and disable all of them.

The two German Marders carry a gun that can easily knock you out at long range, especially the Marder III (H), but those have thin armour, so use that to your advantage. The more armoured German TD, the StuG III, is even more dangerous. The StuG III A carry the short 75 mm that can fire high-penetrating HEAT rounds while its front armour can resist the 2-pounder's shots from a longer distance. The StuG III F is a bigger problem with its longer 75 mm gun and thicker armour, but its high battle rating of 3.7 should make this an uncommon sight. The Matilda will have a hard time fighting the StuGs due to the front armour and inability to manoeuvre to hit the side armour, thus it would be better to leave that to more manoeuvrable team members.