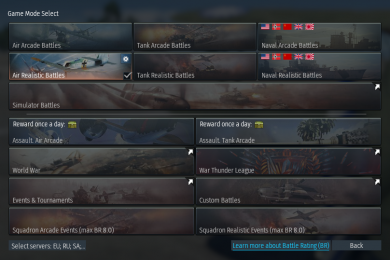 For all game modes, the maximum BR range for a session is limited to ±1.0 from the average BR or the BR of the best vehicle in your set. This means that you will never come up against an opponent whose BR is more than 1.0 higher or lower than your average vehicle BR or the BR of your best vehicle.

These are all the rules governing matchmaking in random battles. There are no exceptions.

In Air Arcade mode, matchmaking works differently in comparison with any other mode – it is performed in accordance with the average Battle Rating of several aircraft with the highest BR among all the aircraft in the set. Damaged or temporarily blocked vehicles will not be factored into the calculation, as they cannot be used in battle.

Here is an example of how the averaging formula works in game aviation: (spoiler from old article, below)

Air Simulator battles use this matchmaking method. When the player opens the Air SB interface, they will see several identical missions where the only difference is the BR of the permitted aircraft. All you have to do is select the desired battle rank and assemble the required aircraft in your set. Very straightforward. 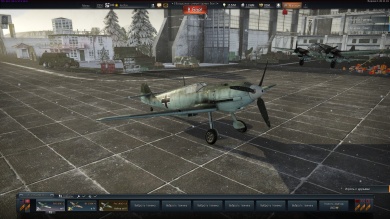