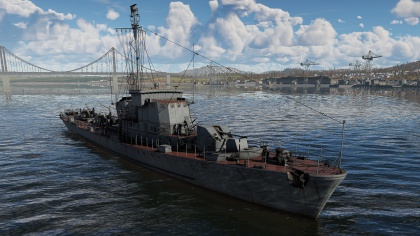 The MPK PR.122bis have 2 37mm guns and 2 12.7mm DshK for kill plan, this 4 guns can kill boat and planes at 2.3, with this guns you can take max shell but you must take the explosive shells. they are shooting at 2 km but they are effective at 1 km, They are all at back of the boat and their is one DshK at front but they can shoot everywhere.