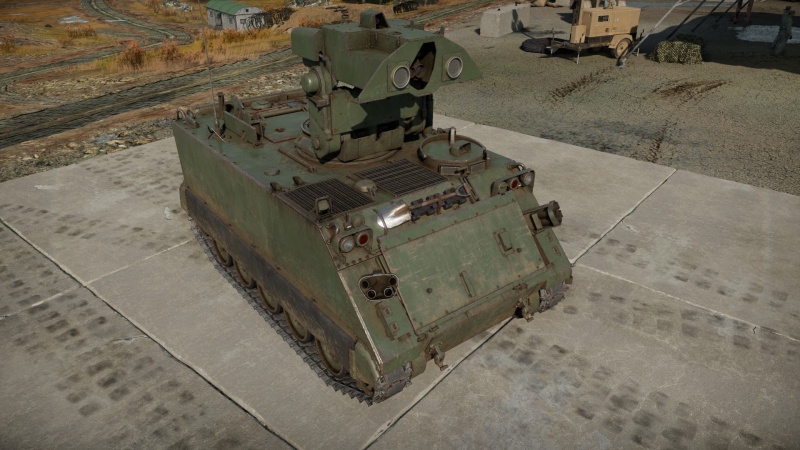 The Combat Vehicle, Anti-tank, Improved TOW Vehicle, M901 is a squadron rank VI American tank destroyer with a battle rating of 7.7 (AB) and 8.0 (RB/SB). It was introduced during Update 1.89 "Imperial Navy". Based on the M113 chassis, this vehicle is equipped with the BGM-71C I-TOW ATGM missile launcher. 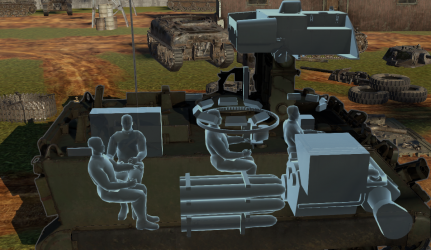 Behind the engine block is the ammunition storage, if hit from the front with SPAA rounds or some types of conventional rounds, the engine block will eat up (absorb and protect the rest of the vehicle) most of the shots, however, if shot from the side or from the front with HEAT, pure AP, APDS and APFSDS rounds, this usually ends in disaster as it will go through the engine and cause an ammunition explosion or destroy a majority of the crew, one-shotting the vehicle.

The main weapon on the M901 is the BGM-71C I-TOW ATGM. It has up to 630 mm of penetration at 0 degrees at any distance since it carries a HEAT warhead. The post penetration of this missile is not amazing and in some circumstances, a follow-up missile may be needed. The missile is a second-generation ATGM so it is mouse controlled. It travels at a speed of 296 m/s. Due to the fuse sensitivity of 0.01 mm, any bush, fence or object in the way will trigger the missile into detonation and the lack of a machine gun means that these obstacles will become quite a nuisance.

The turret can angle down 30 degrees, which means it can fire down from almost any mountain or fire horizontally even when standing on a steep cliff. It also does not have an arming distance, therefore it an fire at tanks even in an immediate surroundings. 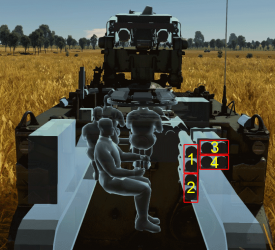 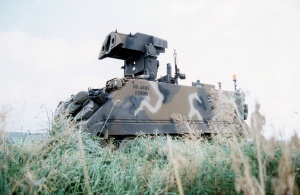