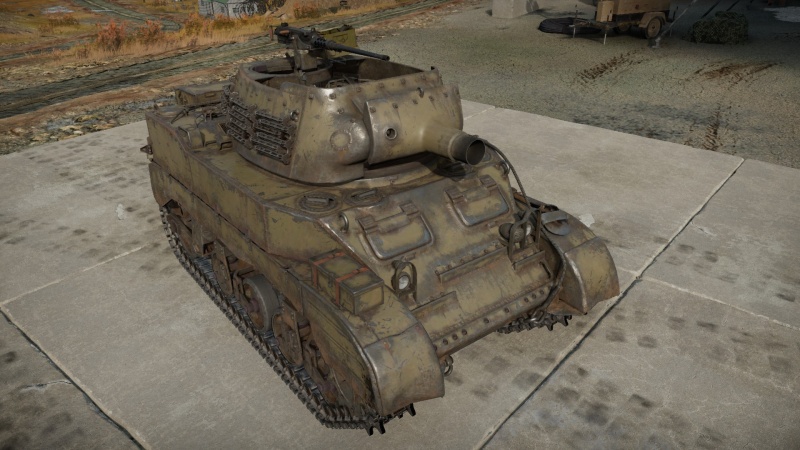 The 75 mm Howitzer Motor Carriage M8 (shortened to M8 HMC) is a rank II American tank destroyer with a battle rating of 1.7 (AB/RB/SB). It was introduced in Update 1.67 "Assault".