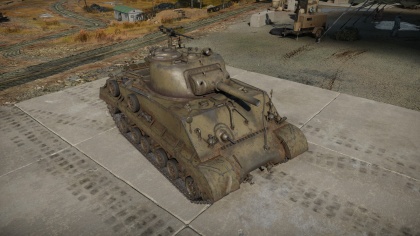 After World War II ended, the M4A3E8 with the 76mm cannon and 105mm howitzer became the mainstay of the United States armoured forces as they were the most advanced version of the Shermans at the time. Despite its role as a bunker-buster weapon, the M4 (105) are also quite good tank killers. Documents show that the HEAT rounds fired from the 105mm has penetrated through a Panther's frontal armour, which could kill the crew. Even then, the sufficiently powerful high-explosive rounds could cause massive spalling inside tanks, harming the crew inside.