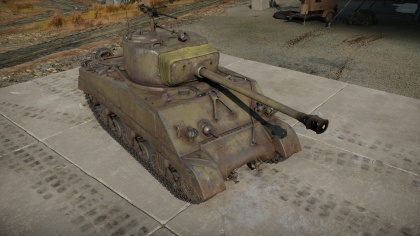 The Medium Tank M4A2 (76) W Sherman is a rank III American medium tank with a battle rating of 5.3 (AB/RB/SB). It was one of the first American tanks to be released with the American ground tree in Update 1.45 "Steel Generals". The tank is similar to the original M4A2 tank, except with the better 76 mm gun in the T23 turret.