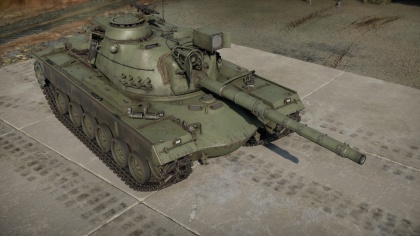 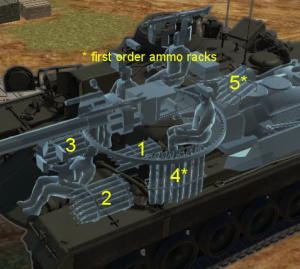 In 1958, West Germany received the M48A2 Patton III tank. Originally this tank included the 90mm M41 cannon and a 750 HP engine. Later on the tank would receive an upgraded engine (from 750 HP to 825HP) along with other changes and was designated the M48A2C in German service. This tank served from the early 1960's to the late 1970's. West Germany realized that the 90mm gun wasn't sufficient enough to deal with most of the top of the line Soviet MBTs, so in 1978 the tank received the German licensed built, 105mm L7A3 gun found on the Leopard 1. Other changes included minor fire control system changes, a new commander's hatch, passive night sights, and later on a laser range finder. This version was designated the M48A2 GA2 and remained in service till the 1990's.