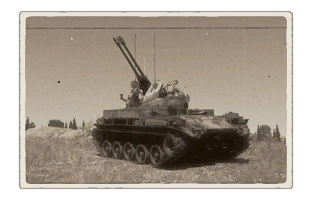 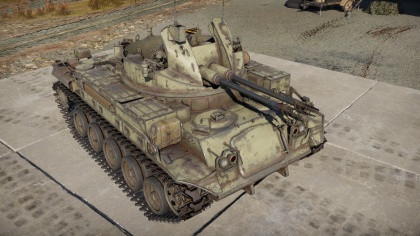 Being considered a light tank, the M42 does not have the armour capability to stand up directly to many of the other vehicles which it will face on the battlefield, especially against tanks which may fire high-explosive shells. The Duster will fare better against machine gun fire and potentially against some of the lighter autocannon fire which it may encounter, though not for long. Due to the M42's lightweight nature, it is best to stage where there is cover to help shield the Duster. It is also essential to only expose the vehicle when necessary to get a shot. If discovered, it is best to have a contingency location to which to fall back and regroup.