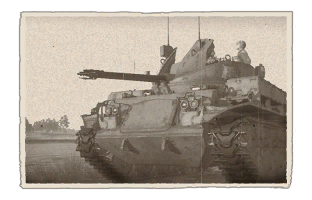 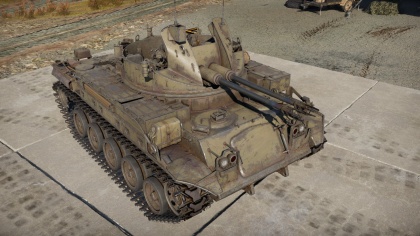 The Twin 40 mm Self-Propelled Gun M42 Duster is a Rank American Self-Propelled Anti-Aicraft (SPAA) gun with a battle rating of 6.0 (AB/RB/SB). The M42 was released in Update 1.47 "Big Guns". It is currently the third to last tank on the American SPAA line up, preceding the M163 Vulcan and M247 Sergeant York. While armed with the same turret and cannons from its predecessor the M19, it has enhanced mobility by using the chassis of the M41A1 Walker Bulldog light tank.

The M42 "Duster" is a self propelled anti-air vehicle. Not much more to say. Stay behind and close to allies, but outside the enemies view-range and with a clear line of sight to the horizon for low aircraft.

Compared to certain other SPAAs (ZSU-37, Wirbelwind, Multiple Gun Motor Carriage M13, etc.) the M42 cannot be used effectively in an anti-vehicle role. The average battle-rating is too high and the penetration value of the AP shells too low. The armour is not strong enough against the devastating tank HE shells. However the armour performs okay versus machine gun fire from aircraft, but auto-cannon fire is a problem. Thankfully the fuses of most tank APHE shells are not very sensitive, rendering the HE content useless and the entire shell into a mere AP solid shot. But, the machine is tiny and damage still very likely. 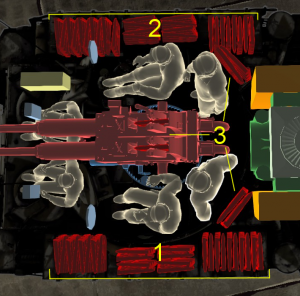