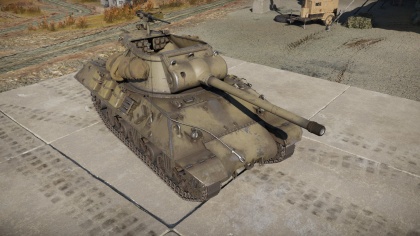 The 90-mm Gun Motor Carriage M36 (or the M36, nicknamed the Jackson) is a rank IV American tank destroyer with a battle rating of 5.7 (AB/RB/SB). It was introduced in Update 1.49 "Weapons of Victory". The M36 is a nice upgrade to the M18 GMC, owning a more powerful gun in the form of the 90 mm M3. If used correctly, this vehicle can be both a great threat to the enemy, and a very fun experience to its user.