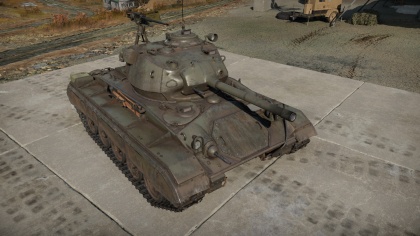 The Light Tank M24 SDF is a Rank III Japanese light tank with a battle rating of 3.3 (AB) and 3.7 (RB/SB). It was introduced along with the initial Japanese Ground Forces tree in Update 1.65 "Way of the Samurai". This Japanese vehicle is identical to the American M24 Chaffee.