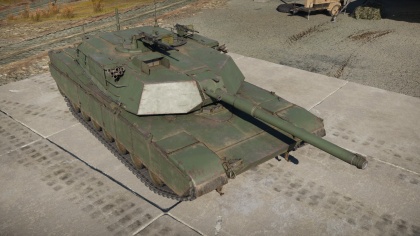 If you must advance, advance facing forward after checking for enemies. As long as your armour faces the enemy, you have relative safety. When defending, go hull-down. Make sure there are places to retreat to if needed, and take advantage of the reverse speed and smoke grenades to run from ATGMs. Use the rangefinder when you can, but if the target is moving, you will probably miss. Try to guess based on experience if it comes to it.