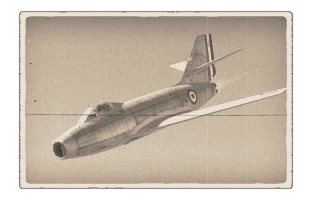 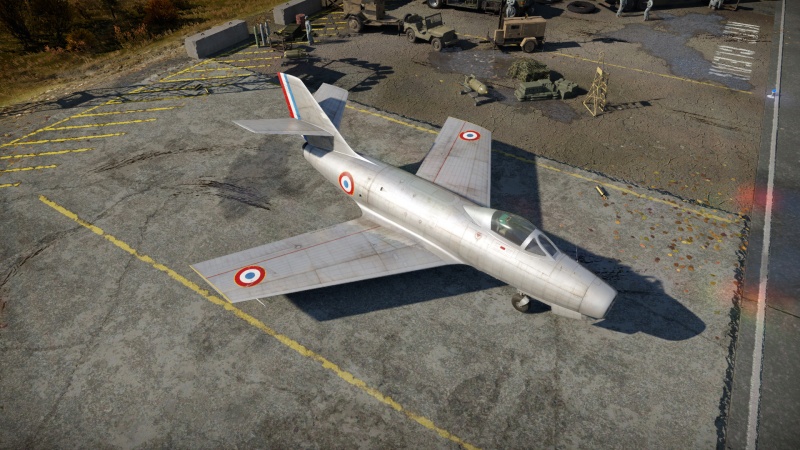 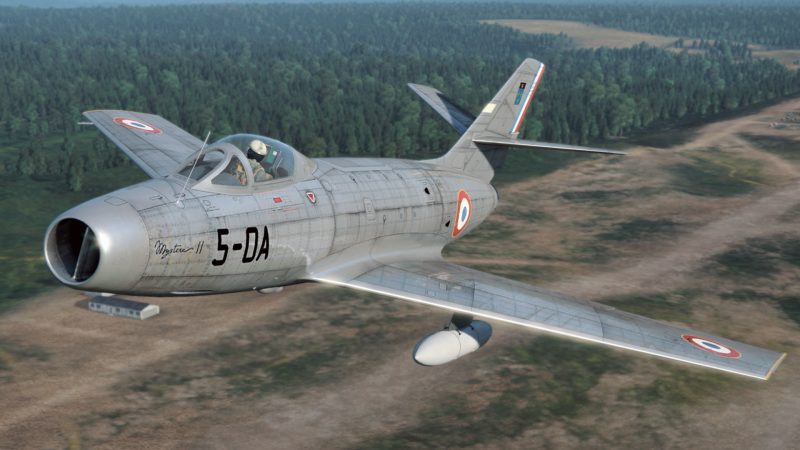 The M.D.452 Mystère was a swept-wing air superiority fighter developed by Dassault Aviation, derived from the M.D.450 Ouragan. The aircraft combined the fuselage of the Ouragan with a new swept-wing, enabling it to reach much faster speeds than its predecessor. In 1951, the Mystère IIA became the first French-designed plane to break the sound barrier, in a controlled dive.[1] Later on, the M.D.452 IIC would enter service with the French Air force, and serve until 1957, when it was relegated to training duties.[2]

The M.D.452 Mystère was originally designed as an advanced variant of the preceding M.D.450 Ouragan, with a new wing section and engine. In 1950, Marcel Dassault, the head of the Dassault aviation firm, signed a contract to produce an M.D.450 Ouragan with a new thinner wing section.[2] The aircraft had a wing swept back at 30 degrees compared to the Ouragan's 14 degrees, and was powered by a license-built version of the Rolls-Royce Nene. During tests, the aircraft showed significantly better climb rate and top speed, being capable of reaching transonic speeds. After four prototypes, the M.D.452 IIA was developed, carrying four 20 mm M50 (Hispano-derived) cannons and the Rolls-Royce Tay engine. On October 28th 1951, a Mystère IIA Became the first French aircraft to break the sound barrier, in a controlled dive.[1]

In 1954, the French Air service placed an order for 150 M.D.452 IIC aircraft, which were delivered between 1954 and 1957.[2] These aircraft carried a SNECMA Atar 101-D (producing 29 kN thrust),[3] but were otherwise identical to the IIC prototypes. In total, 171 Dassault Mystères were built, including prototypes of the IIA, IIB and IIC variants. By the time of the last deliveries, the aircraft was already being relegated to advanced training duties; the rapid pace of aviation technology during the 1950s led to the aircraft rapidly becoming obsolete.[1] The last M.D. 452 IIC was retired from training duties in 1963, after 9 years of service with the French Air Force.

The Shooting Range #97 - Pages of History section at 06:04 discusses the Dassault Mystère II.