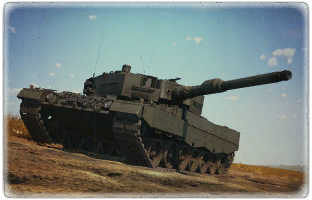 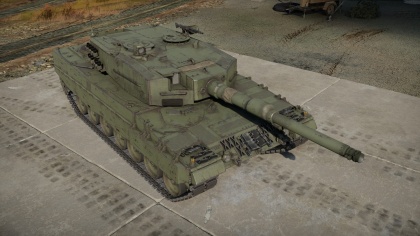 The four crew members are tightly packed with the driver, gunner and commander all forming a line on the starboard side of the tank, making them easy to eliminate in one hit if the Leopard 2A4 is facing the enemy with its hull and turret aligned towards it, thus knocking out the tank. The ammo rack of the tank is positioned in front on the port side, and makes for an easy target. This disadvantage can be easily negated by simply using cover to engage in a hull-down position. There is also a ready-rack at the back of the turret, with blow-out panels to prevent the detonation of the ready-rack from destroying the vehicle (note that FPE must be researched in order for the ammo burnout to be put out).

The armour protection is generally enough if you wish to engage in a long range style of combat as shells will deviate ever so slightly from their predicted path, giving your armour a chance of absorbing them without much damage to be received, though the same can not be said if you wish to engage in fast paced urban combat where shells will land precisely where aimed and enemies will generally attack your sides. 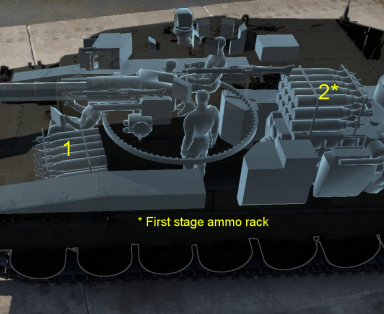 When stock, the HEATFS round will help you pick enemies from a distance, thus avoiding taking damage as you will have no Parts nor FPE, but will not be enough against some tanks like the M1 Abrams and the T-80B; T-64B when these tanks are equipped with add-on ERA. This becomes less of a problem once you have unlocked kinetic shells.

The vehicle, like most of its own league, can be played as a sniper tank due to its excellent optics, or in an urban environment thanks to its powerful engine, high top speed and acceleration and potent top shell which allows quick, but deadly snapshots.

Notable enemies are, on one hand, the IPM1 and M1 Abrams which are almost completely immune to your stock HEAT round, but have a weak turret ring and the Russian MBTs which can equip add-on armor in order to negate the effects of an initial HEAT shell, subsequent penetration is generally possible after the ERA blocks have been detonated; ERA blocks are negated by the use of APDSFS ammunition, notably the DM23 vs T-80B while the DM13 will be enough for all of the others, given a chassis hit.