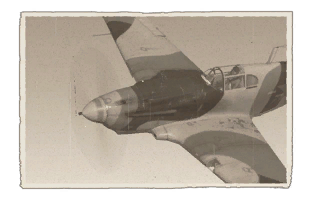 The LaGG-3-4 is one of the rarest vehicles in-game only being given to developers and people who have contributed to the game in a large manner. The LaGG-3-4 is part of the second group of the LaGG-3's which include the in game LaGG-3-4, LaGG-3-8, LaGG-3-11, and LaGG-3-23. All of these planes used the M-105PA engine and had small improvements between then, however, the general play style between these aircraft remains the same.

"This model appeared in mid-1941. Instead of the central Berezina BK engine-mounted machine gun, the plane was equipped with a 20 mm ShVAK engine-mounted cannon, and one of the synchronized large-caliber Berezina BS machine guns (the right-hand one) was removed to reduce the plane's weight.

The diameter of the hollow shaft extending beyond the propeller spinner was also increased. A ratchet was installed in the shaft for starting the engine externally. The self-sealing fuel tanks received an inert gas filling system. Wheels with large air tires were installed on the main columns of the chassis, which increased the plane's maneuverability on waterlogged ground.

The LaGG-3 Series 4 fighters contained the water-cooled V12 V.Y. Klimov M-105PA engine with a maximum output of 1,050 hp. This engine differed from the M-105P in its floatless carburetor, which worked better during maneuvers in negative g-forces.

The plane's armament consisted of a 20 mm Shpitalny-Vladimorov ShVAK cannon with 150 shells, installed in the cavity between the engine cylinders; a synchronized 12.7 mm Berezina BS machine gun with 200 rounds, installed in the nose section of the fuselage above the engine and to the left; and two 7.62 mm synchronized ShKAS machine guns with 800 rounds each, installed in the nose section of the fuselage above the engine in large drop-shaped cowls. All in all, the fighter's offensive capabilities had not increased, but had actually slightly decreased. In addition, the plane's aerodynamic properties suffered. The wing's leading edge was deformed by sagging caused by the large size of the wheels. The tail wheel could not be raised and external balancers had to be installed on the rudder, both of which also had a negative effect. In addition, the poorly fitted landing flaps often caused problems during flight.

As a consequence, the flight characteristics of the LaGG-3 Series 4 fighters were significantly decreased in comparison to those of the series 1, 2 and 3 fighters.

The LaGG-3 Series 4 fighters were widely used in combat on the Soviet-German front. All plants involved in its manufacturing produced around 1,000 LaGG-3 Series 4 – 7 planes."