Difference between revisions of "La-5FN (Germany)" 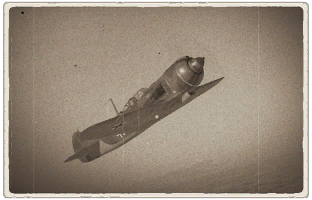 The La-5FN is the last of the La-5 modifications available before moving on to the improved La-7 and is one of the best planes at its BR. Designed to be contemporary to the universally feared German Bf 109, it maintains excellent energy retention, adequate speed, brutal acceleration, and an amazing turn rate makes this a monster at its rank. If you made it this far in the Russian tech tree, you should understand that all but 4 Russian prop fighters are horrible above 4,000 metres, where their engines that are tuned for low-altitude will asphyxiate above that altitude, so avoid high altitude fights at all costs.