Difference between revisions of "Krasny Krym" 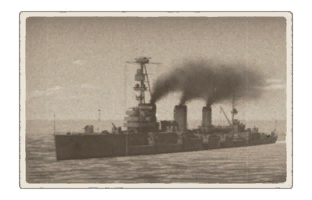 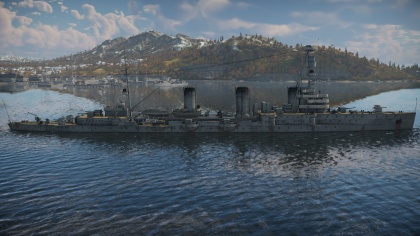 Krasny Krym was initially laid down in 1913 under the name ‘Svetlana’, and was the lead ship of her class of four. Svetlana-class light cruisers were intended for the Baltic Fleet of the Imperial Russian Navy and were therefore designed slightly differently in comparison to the closely-related, intended for Black Sea operations, Admiral Nakhimov-class (of which the already familiar Krasny Kavkaz was a part of).

By late 1917, Svetlana was nearing completion. In the meantime however, the Russian Empire was beginning to collapse and the ensuing revolutions, followed by a civil war, halted construction. After the establishment of the Soviet Union, work on the Svetlana continued in 1924, with the ship being renamed ‘Profintern’.

Work on the Profintern finally finished in July 1928, with the ship’s completed layout closely resembling the original one. Instead of being commissioned into service with the Baltic Fleet as originally planned, Profintern was instead assigned to the ranks of the Black Sea Fleet in 1929.

Throughout the ‘30s, the Profintern underwent substantial overhaul works, with her auxiliary weapon systems being upgraded and fire control systems improved. Shortly after the outbreak of WW2, the ship was renamed for the second and last time to Krasny Krym in October 1939.

Krasny Krym, similarly to her half-sister Krasny Kavkaz, served the entirety of WW2 as part of various operations in the Black Sea region. Most notably, taking part in the Siege of Sevastopol and the Kerch-Feodosiya Operation. As such, the ship was primarily tasked with escorting various convoys, evacuating and transporting troops as well as bombarding enemy positions with artillery fire. For her performance, Krasny Krym was also awarded with the elite Guards title in June 1942.

Following the end of WW2, Krasny Krym remained in active service for some time, although repurposed on several occasions. July 1959 marked the end of the ship’s service, with Krasny Krym being ultimately sold for scrap.