Difference between revisions of "Krasny Kavkaz" 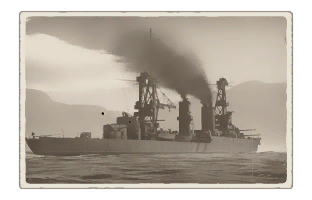 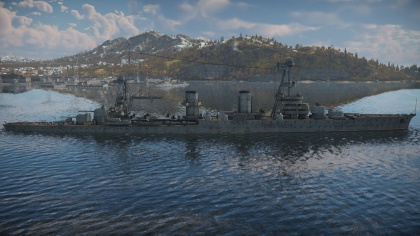 The Krasny Kavkaz, 1944 is a rank III Soviet light cruiser with a battle rating of 5.0 (AB/RB/SB). It was introduced during Update 1.79 "Project X" when the Soviet fleet was implemented into the game.

The Krasny Kavkaz or as it was initially named, the Admiral Lazarev, was a ship of the Svetlana-class light cruisers, laid down in 1913 for the Imperial Russian Navy at the Russud dockyard. The ship’s construction went according to plan through the duration of The Great War(WW1) until the outbreak of the October Revolution in Russia in late 1917 caused construction to cease, with the ship being just above halfway completed.

After capturing the mostly intact ship, the Soviets decided to complete its construction and renamed it to Krasny Kavkaz in late 1926. The ship was completed to a modernized design, changing its initial layout and armaments significantly, in order to meet modern requirements. After more than two decades, the Krasny Kavkaz was finally commissioned into service with the Navy in January 1932 as the most advanced Soviet cruiser of the time.

The ship’s career was already off to a bad start however, as only months after leaving the drydock, she suffered severe damages to the bow after colliding with another light cruiser. After her bow was extensively rebuilt, she made several visits to ports in Greece, Turkey and Italy in 1933. Prior to the German invasion of the USSR, she underwent one more retrofit, which greatly increased her anti-aircraft armament.

The service life of the Krasny Kavkaz during WW2 was defined by her involvements in numerous Black Sea operations, most notably around the coastal cities of Odessa, Sevastopol, Novorossiysk and the Kerch peninsula. However, she also took part in various other missions, including convoy escorts, troop transport, fire support and many more. After Stalin forbade the use of large naval vessels without his personal consent in 1943, Krasny Kavkaz saw no further action, marking the end of her wartime service.

After WW2, Krasny Kavkaz was converted to a training ship in 1947 and was later used as a target ship in 1952, before being sunk by an anti-ship cruise missile.