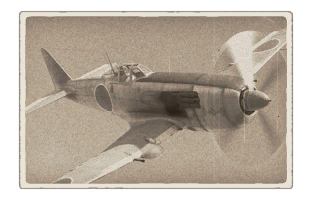 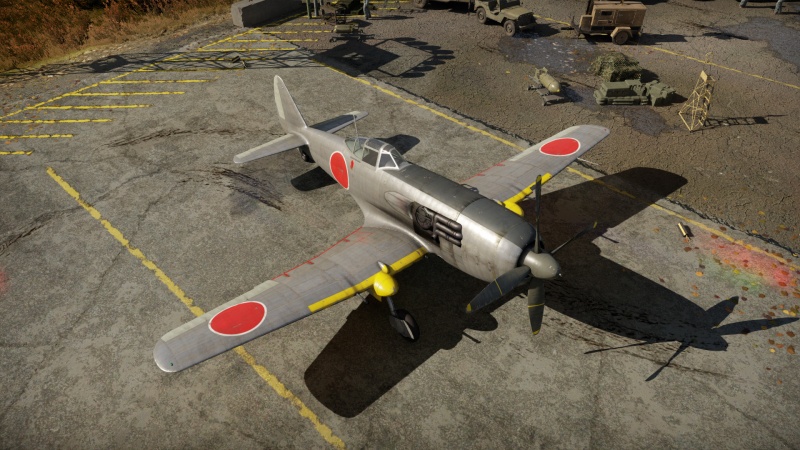 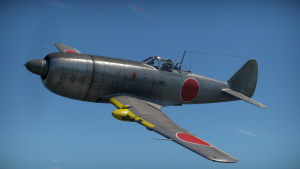 The Majestic and hard to master Ki-87

The once legendary aircraft was given a series of nerfs that turned it into a Japanese P-47 like aircraft. The Ki-87 has poor energy retention in very sharp turns, a lackluster roll rate, and a sluggish feel. The Ki-87 has issues with overheating on WEP, and you'll need to use manual engine control to operate this plane. All these flaws mean nothing to an experienced pilot, as the Ki-87 has the most fearsome armament of the super props. The cannons have excellent velocity, and usually one shot everything, and bombers fear you like the plague. the Ki-87 can reach amazing speeds in dives, and you can use tactics to force head-ons with many opponents. 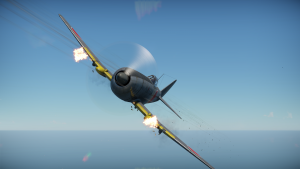 The Ki-87 makes use of a Turbo-Supercharger. What this means is that your plane won't suffocate to death at high altitudes, so you can keep your engagements at high altitudes. Planes like the Yak-3, Corsair, and Bf 109 will be outclassed by the Ki-87 because of their poor high altitude performance. It is important to note that the Turbo Supercharger is not controlled by manual engine control, so you won't need to worry about adjusting your supercharger gear or turbocharger.

Using WEP the Ki-87 is able to climb to just over 5,500 m in five minutes, a strong climb rate. Bombers spawn in at 3,000 m so you can quickly climb above for positional advantage for booming and zooming. If the Ki-87 retains momentum from the dive and engages the targets, it will be able to climb back up to the operational altitude it was before engaging the enemy. It is recommended to take the minimum load of fuel, and set your guns targeting to 500 and turn on vertical targeting. You should run the tracer belts for your 30mm rounds and the universal rounds for your 20mms.

The Ki-87 is also a great silver lion maker. It has 520% lion reward calculator, and it also has a pretty low repair cost. The Ki-87 is rather expensive however, sitting at a price of 6080 GE. However, the plane is very much worth your time. 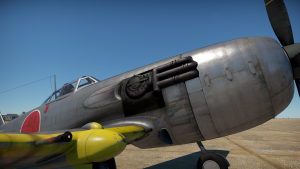 The flight performance feels slow, sluggish, yet powerful. The turning and energy retention is not good either. This plane also has overheating issues. to solve performance issues, it's always best to go for a side climb, especially when in uptiers! The plane dives insanely well. The Turbo Supercharger will keep the plane's performance up while at altitudes above 5000 meters. 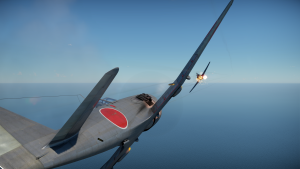 Ki-87 chases down an allied fighter 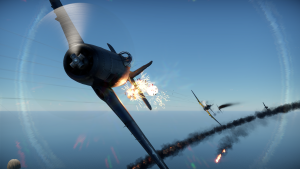 Ki-87's guns do work on an enemy Bearcat 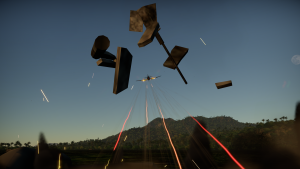 The Guns on the Ki-87 do quite some damage to softer Ground Tragers. The Ki-87 can also carry an additional 250kg bomb

Unlike the usual Japanese low-altitude and highly manoeuvrable fighter aircraft, the Ki-87 is a high-altitude bomber interceptor with mediocre speed and climb rate but less impressive agility. Featuring something relatively new for a Japanese fighter, the Ki-87 has a notably visible turbo-supercharger to boost its high altitude performance at the cost of aircraft weight and size. As such, it cannot be played like most other aircraft from the Japanese tree, but rather as a reserved Boom-&-Zoom that can abuse its brutal acceleration in a dive to pick off unwary victims. 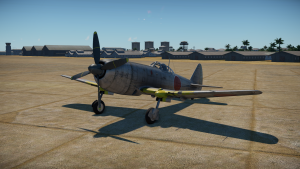 The Ki-87 on an airfield at Midway

For engaging the enemy, The Ki-87 is best at boom-and-zoom tactics. Side climb to around 6,000 m and fly over enemy formations, once in position roll the plane to target, maintain coordinated control and correct rudder as at that altitude it is very easy to stall. Descend fast but not so much that the controls get sluggish. Once lined up and in range fire a short burst, the very heavy armament will rip the enemy plane apart; even evasive countermeasures will be insufficient for a properly executed Boom & Zoom.

If no bombers are present, then you might have issues engaging enemy fighters. The Ki-87 can only do a 21 m/s climb at 17 degrees, which makes it vulnerable to being outclimbed by nearly everything. As such, you'll need to side climb and then engage from the side. Do not try to turn with anything. 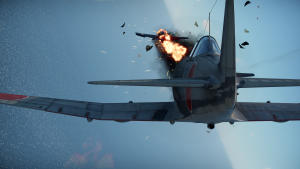 Ki-87 Boom and Zooms a Bearcat

Tactics to Win With 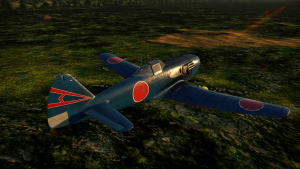 You'll need to keep the prop pitch at 99-98 percent while in a climb, and adjust it to 90% when traveling above 700kph. The Radiators should be kept at 100% while on WEP due to the thermodynamics nerf. The Mixture should be adjusted at these levels: 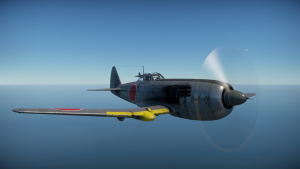 Ki-87 over the pacific 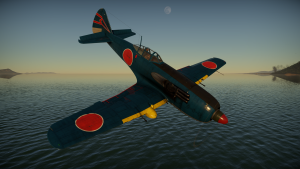 The Ki-87 pulls out of a steep dive

Improved metallurgy and engineering in the 1930's saw a massive leap in aircraft performance, especially the once bulky, boxy, lumbering bombers reborn as sleek and sexy machines that left old fashioned wooden fighters in its vapour trail. It was not long before those flying rag fighters were also updated with gleaming aluminum and once again surpassed the bombers top speed. Yet bombers still had a trick up their sleeves, altitude. 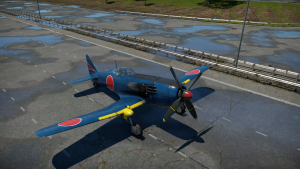 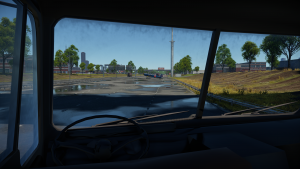 The Ki-87 from another angle in Cargo Port

Predicting the same for Japan, the military wisely ordered research into high altitude single engine fighters as early as 1942 and by 1943 work was underway on the future Nakajima Ki-87 and the alternate Tachikawa Ki-94. At 12,000 meters the air density is about 1/4 that of sea level necessitating a huge supercharged engine, but its internal "blower" needed an additional boost so a "turbo-supercharger" was added, powered by high velocity exhaust gas. This combination is exactly like the P-47 Thunderbolt has, except this time the turbo was mounted on the right side of nose on the prototypes and not in rear fuselage. High aspect-ratio wings were chosen for the thin air (compare Fw 190 with Ta 152), but with limited space to mount the dual pair of 30 mm and 20 mm cannons in an unusual step Nakajima chose a landing gear retraction like on P-40 Kittyhawk. High altitude flight is also extremely uncomfortable for the pilot so the cockpit was partially pressurized and extra tanks of oxygen installed. Pilot armour, thick bulletproof glass, self-sealing fuel tanks, and hard point for bombs were also added. Finally enough fuel for at least 2 hours flight resulted in a massive aircraft for the Japanese, well over twice the weight of the A6M2 Zero.

The prototype flew for the first time in April 1945 at a time when the anticipated B-29 bomber was pounding Japan, but by then it was too late. Disruption by bombing and dwindling resources prevented the second prototype from flying and attrition of what little fighter defence Japan had. Ironically, with such weak home defence, the B-29's flew much lower so they could bomb more accurately, negating the purpose of the high altitude Ki-87!