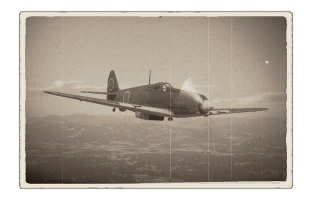 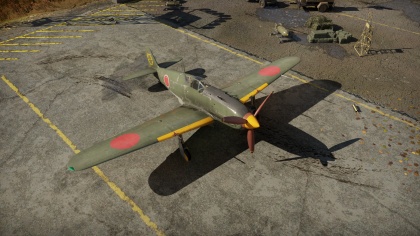 The "Hei" modification of the Ki-61 still retains the above average manoeuvrability, common to the Japanese aviation tree. However, the Hei Hien has some faults - its top speed is only 20 km/h higher than that of the early "Zeroes". Its climb rate is enough for its role, and it retains energy fairly well. While its acceleration holds itself pretty well, Its top speeds are not on par with other aircraft making it similar to the German Bf 109 G-6. Its guns are also a hit and miss - it is equipped with the deadly MG 151 20 mm cannons, and it can also equip German belts with Minengeschoß shells. However, the Japanese 12.7s are lower velocity and a bit on the weak side. The Hien's ammo count is average, albeit not as much as American aircraft. One thing to be noted is that the landing flaps are very effective and will slow you down even if you use WEP. That said, use them when you are trying to make somebody on your six overshoot you.