Difference between revisions of "Ki-61-I hei" 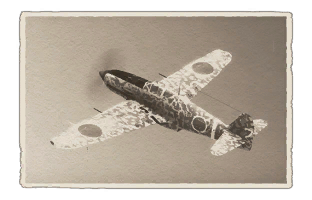 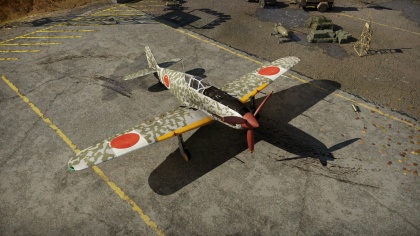 For dogfighting, it is always safer to engage with an altitude advantage. Most dogfights in sim happen below 3,000m so the Ki-61 can easily climb up to that altitude. As mentioned in the description, its climb rate is actually great, don't get misled by the stat card. Once at an advantageous height, boom & zoom the enemies. The Ki-61 can easily accelerate to more than 550 km/h in a dive which is decently fast but requires more precise manoeuvres to get the correct lead, since the faster you go the smaller the shooting window is. A successful pass will usually cripple the enemy due to the destructive twin MG 151 cannons. Aside from BnZ, the Ki-61 is also excellent at turn fighting - with the appropriate opponent, of course. Except a few dedicated turn fighters, the Ki-61 can out-turn and get on most opponents' tail with combat flaps deployed. Note: do not turn with Spitfires or Zeros, you will never out-turn them. If you see a plane with a streamlined inline engine and large, elliptical wings (Spitfire) or something with rounded wingtips and stabiliser tips, a radial engine and a pointy tail (A6M), try some defensive manoeuvres like barrel rolls or disengage by diving towards a nearby friendly airfield. Note that the Ki-61's roll rate is very average so avoid manoeuvres like scissors.

The Ki-61-I hei model utilised imported German Mauser MG 151 20 mm cannons, placed in the wings. 800 of these weapons along with ammunition were sent to Japan via submarine in August of 1943.

A lightweight multipurpose fighter plane, the Ki-61 Hien ("Swallow") was well-armed and well-armored.

To strengthen armament in the Ki-61-I, instead wing-mounted machine guns of the previous models Ki-61-1-Co and -Otsu was established by German's 20-mm cannons MG 151/20, which in the amount of 800 units in august 1943 were taken to Japan by submarines.