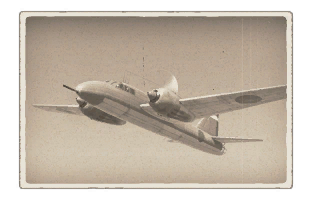 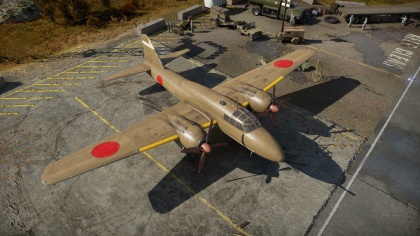 Ki-109 isn't only about the gun to groundpound, yet its all about intercepting your enemies and return safe and sound. While designed as interceptor, the climbing rate is nothing but a joke when in stock; sideclimbing is a mandatory rule one should obey to. Despite its size which resembles as medium bomber, Ki-109 is surprisingly maneuverable among all –if not, all nation– japanese twin-engined heavy fighter which on par with German's Fw 190 series. Still, its better not to use those blessings for dogfighting a fighter: use your maneuverability to evade bomber defensive gunner if you failed a bomber intercepting, and if you lucky enough, you can outmaneuver newbie player in the heavy bomber who tries to evade your first shot by making a turn like a single-engine fighter. Or you can regain your position quickly to hunt down enemy tanks below.

The fuselage durability proved strong to shrug off machine gun caliber and some cannon. To add your defensive value, there's rear machinegunner which could protect your six. While so, it's defensive armament proved underperformed; you'll most likely lose your defensive gunner before he could scratch the enemy fuselage as there's no protective glass equipped. Overall, Ki-109 don't have any armor beside at the bottom of the gun itself which proved meaningless. Unless you're betting with your random luck, head-on attack is strongly not advised and use your maneuverability to evade incoming enemies in front of you. Beside, Ki-109 has self-sealing which can be found in every Japanese heavy fighters, meaning you can withstand to accomplish your task(though, it is advised to retreat to your base) while one of your wing burning on without breaking it.

Boasting 75mm Type 88, the gun itself quite versatile to take down both air and ground targets. This, however not without the drawbacks: 15 rounds of ammo stocked in your guns combined with very low rate of fire and somewhat low bullet velocity which means you should make your every shot count because no secondary weapons is equipped in Ki-109. It is advised to seek an assistance with your teammate to hunt down bombers. The recoil of the gun itself is another issue to settle off, so in order to minimise inaccurate shot, try to shot your target during shallow dive. One thing to note, unlike any armor-piercing ammo where it contains not more than 90 gram, the ammo used in Type 88 filled with 460 gram of TNT which proved overkill to take down even the biggest heavy bomber like Pe-8. Therefore you might want to use AP-T ammo in every battle due its filling, while the HEFI-T has more 30 grams of TNT.