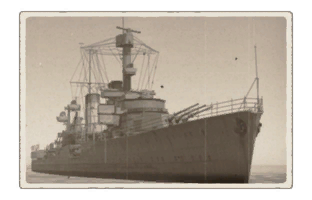 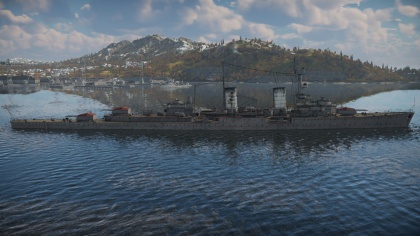 KMS Köln was laid down in August 1926 in Wilhelmshaven as the third and final ship of the Königsberg-class of German light cruisers. Köln was ordered as a replacement for the old SMS Arcona light cruiser and was launched in May 1928, before being commissioned into service in January 1930. Her first years of service, KMS Köln spent undergoing various sea trials and acted as a training ship. In late 1932 however, the warship departed Germany for her first world cruise, stopping in numerous ports across the globe in the Atlantic, Pacific and Indian Ocean, as well as the Mediterranean Sea. Prior to the outbreak of WW2, KMS Köln took part in non-intervention patrols around the Iberian Peninsula during the Spanish Civil War. Upon completing her patrol missions, KMS Köln returned to the waters of the North Sea in order to conduct fishery protection. During WW2, KMS Köln primarily operated in the waters of the North and Baltic Seas, whilst occasionally taking part in operations in the Atlantic. Most notably, KMS Köln took part in Operation Weserübung in 1940 - the German Invasion of Norway. During this operation, both of her two sister ships were lost in combat, whilst Köln remained undamaged. Throughout the remainder of WW2, KMS Köln primarily took part in operations in the North Sea, mostly in Norwegian waters, running convoy interdiction and minelaying. In December 1944, KMS Köln suffered damage to her propulsion system caused by several near misses inflicted by allied bombers, close to Oslofjord. The damage forced her to return for repairs to Germany, where she eventually ended up in Wilhelmshaven again. There, an allied air raid damaged Köln further and led her to sink on an even keel. Only partially sunk and with the guns still operational, she was used as an artillery platform to help defend the city before the war ended. Although partially dismantled after the war, Köln was raised in 1956 and scuttled soon afterwards.