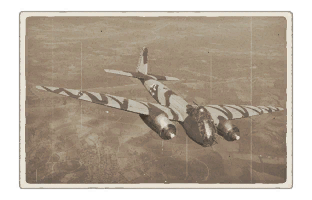 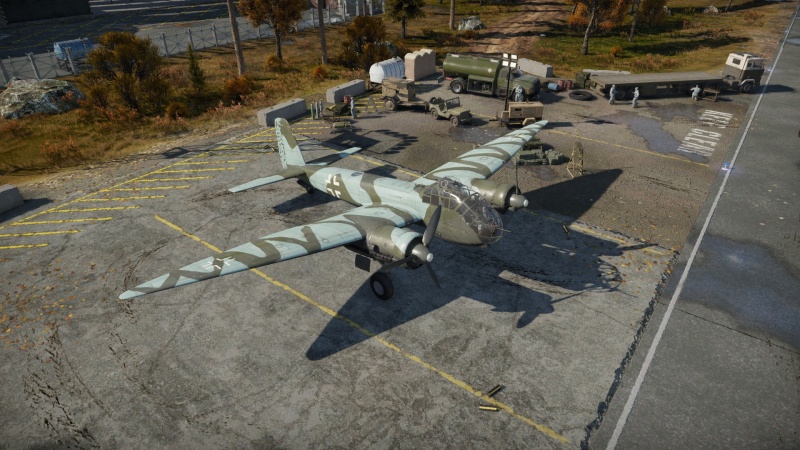 At the beginning of the match, you should always go into a shallow dive to maximise your speed, and by that the chance to get to your target before anybody else, and cover the underside of the plane by simply flying close to the ground. Your 20 mm cannon on top of the the canopy is deadly, and as soon as you have the universal belt unlocked, you can shoot down multiple enemy fighters before going down yourself. However, try to avoid head-ons because of your glass cockpit and mind that your 20mm can't fire directly behind the plane because the rudder blocks it.

If you have all loadouts unlocked, the one with the 2x1000kg, 2x250kg and 10x50kg is the best for destroying bases. The 2x250kg drop at the same time from your wingtips and with one 1000kg bomb, the other 11 bombs are enough for a second base in Arcade mode. In Realistic mode, it is advised to open the bomb door before reaching the target, and to tap the bomb key 4 times to drop the appropriate number of bombs. This will guarantee the destruction of one base, and leave you with a total of nine 50 kg that can then be used for ground striking or to possibly damage another base. This is also the loadout with the most payload so you should use it for the airfields as well. Concerning ground targets, you can use the loadout you prefer, just make sure you have 3 bomb drops before you get to the 50 kg bombs in the bomb bay.