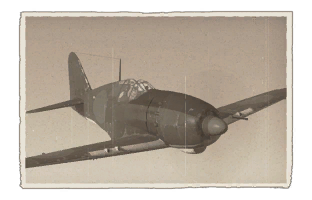 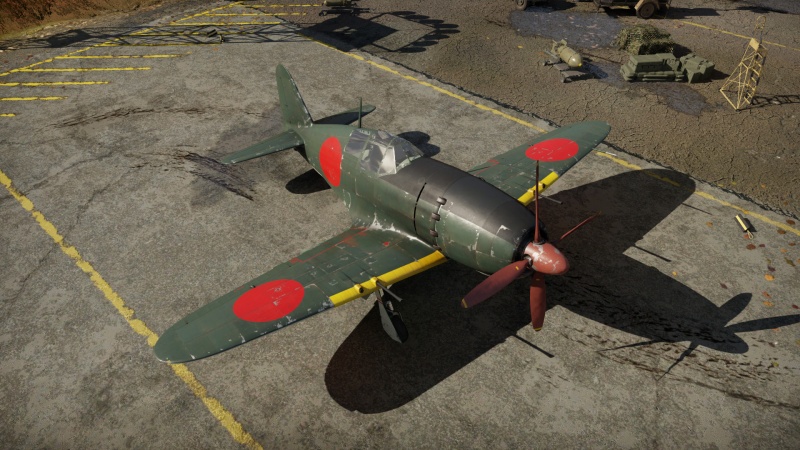 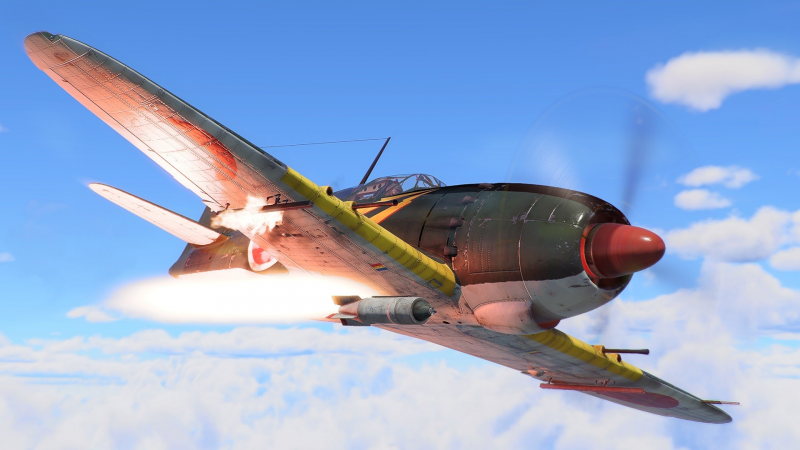 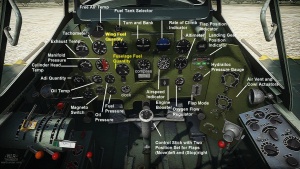 Although a stubby and small aircraft, the Mitsubishi J2M Raiden can be considered one of the best Japanese fighters. Wielding four 20 mm cannons, this aircraft can spell death for any enemy it encounters. However, the main advantage the Raiden has over its Allied counterparts is its climb rate. In realistic battles, the J2M3 can climb to altitude very fast, especially when given an air start. Once at a high altitude, the Raiden pilot can pick and choose targets, dictating where and when they want to fight. The J2M3's 20 mm cannons may seem lacklustre at first, but they have a knack for snapshots or quick bursts of fire that result in a kill when manoeuvring. Generally, the J2M3 performs similarly to the early Fw 190 A variants, having a deadly armament, good roll rate, low top speed, but higher climb rate. Use what the Raiden does best to achieve success - energy fighting. This aircraft is not built for turn-fighting and when does, will lose all built up energy or speed in turns. Attack enemies from a higher altitude and then regain that altitude once the attack has been delivered. The J2M3 excels at Boom & Zoom attacks due to its high rate of climb and deadly armament.

Featuring two 20 mm Type 99 Model 1 cannons and two 20 mm Type 99 Model 2 cannons with plenty of ammunition, the J2M3 is capable of destroying all kinds of aircraft. Although destroying heavy bombers like the B-29 Superfortress takes a lot of ammunition, the J2M3 can afford to lose some. The "Stealth" belt has the best combination of AP/API and HEF to shred enemy aircraft and are recommended for those who do not need a tracer shell to aim. Alternatively, for those not used to IJN 20 mm cannons, the "Universal" belt is your best bet. The "Tracers" belt is filled with HEF-T shells, but they only contain half of the power of a standard HEF, and can give away your position.