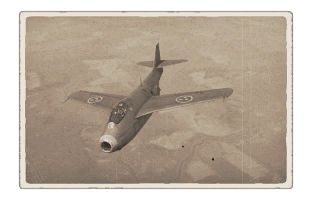 The stout little J/A29B is a sneaky little fighter which might be underestimated during a head-on. A 64 mm bulletproof windscreen is in place, which, since it is sloped, provides 165 mm total protection, allowing the pilot to have a greater chance of survival in a head-on. However, unless highly experienced, pilots should avoid head-ons, especially against aircraft such as the Super Mystere B2 and the G.91 YS which also feature 30 mm DEFA 552 cannons. Make sure to avoid the B2 as well, as the AA.20 air-to-air guided rockets will make the J/A29B have a hard time standing up to this aircraft.

The J/A29B can be outfitted with the following ordnance: