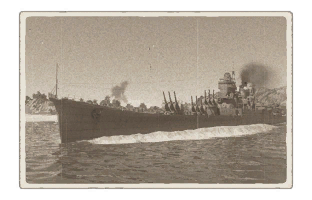 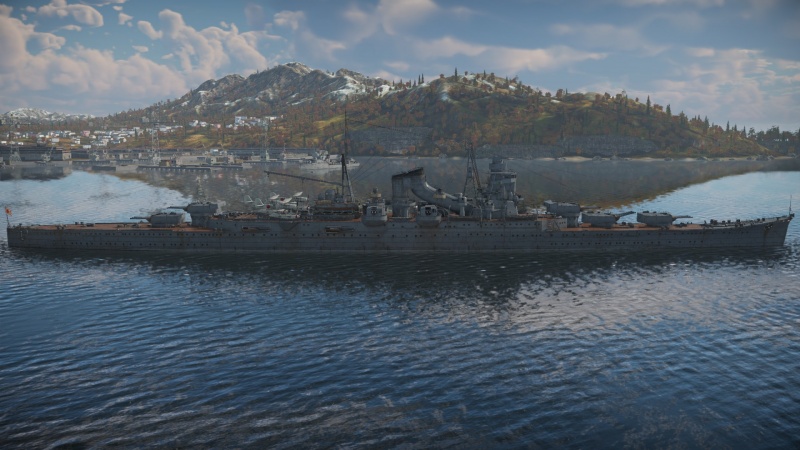 The Mogami-class, IJN Suzuya, 1937 (鈴谷, namesake: Suzuya River) is a rank V Japanese light cruiser with a battle rating of 6.0 (AB/RB/SB). It was introduced in Update 1.95 "Northern Wind".

Located amidships are two catapults each carrying one E8N2 scout plane (the third E8N2 and single E7K2 stored on trolleys are not available) which provide unique offensive and defensive abilities, expanding tactical options. Ship-launched scout planes fly just like regular tree units but lack munition choices and cockpit views. The E8N2 is equipped with both an offensive machine gun and a defensive machine gun turret, and carries 2 x 60 kg bombs. It also has the scout plane ability to cap zones and lay down smoke cover (up to 3 times). Captains will be wise to remember to utilize the aircraft and consider when best to use it, for example to cap a point early or late in the match, to create a smoke screen to stymie enemy bombardment and repair, to attack enemy units directly, or perhaps something completely new! 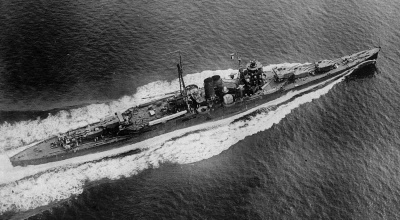