Difference between revisions of "IJN Furutaka" 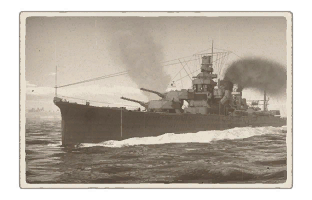 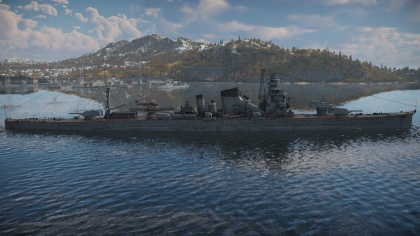 Furutaka, although being the lead ship of her class, was laid down after her sister ship Kako in December 1922 at the Mitsubishi shipyard in Nagasaki. Despite construction on Furutaka starting later than on her sister ship, she was completed sooner and was commissioned into service with the IJN in March 1926.

During the interwar period, Furutaka served alongside her sistership before being assigned as a reserve in the early 1930s. During this time, Furutaka underwent overhaul work which, amongst other changes, modernized her anti-air armament. Following the completion of the modernization effort, Furutaka was recommissioned into active service.

However, by 1937 Furutaka found herself once again in drydock for another major overhaul. This time around, Furutaka received upgrades in almost all aspects. Most notably, her primary armament was upgraded to three dual 8-inch guns, a number of smaller calibre AA weapons were added and the previously integrated torpedo launchers were replaced with two quadruple launchers abaft of the funnels. This increased Furutaka’s overall displacement significantly, prompting the addition of bulges to the hull in order to preserve stability and also act as an additional layer of torpedo protection.

Modernized for war, Furutaka began her service career by taking part in the invasion of Guam in December 1941 and later, Wake Island. In early 1942, Furutaka assisted in Japanese landings in New Guinea and the Solomon Islands.

Furutaka also took part in the Battle of the Coral Sea in May 1942, securing the capture of Tulai island, escorting the Shōhō carrier, and then escorting the damaged aircraft carrier Shōkaku back to Truk. After reorganization in the Japanese navy, Furutaka participated in the successful Battle of Savo Island, witnessing the sinking of her sister ship Kako while Japanese forces returned to Rabaul. However, Furutaka joined her sister ship in the deep shortly afterwards, being sunk by American fire during the Battle of Cape Esperance later in October 1942.