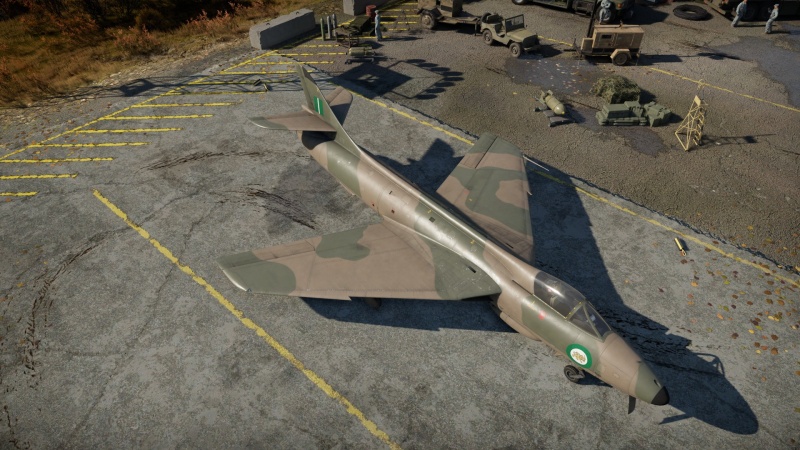 Although without an afterburner, this aircraft will out-accelerate almost all aircraft at it's battle rating. The ▀MiG-15 bis and MiG-17AS will out-accelerate you on the runway, but from about 400-1000km/h you can pretty much outrun everything, even Shenyang F-5s, F86Ks and F100s all with afterburners. The aircraft has one of the best acceleration rates for a non-afterburning jet in the game, beaten by the Etendard IVM and then the Yak-38/38M. It also has extremely good top end speed for its battle rating. Be warned the aircraft is a brick (especially at lower speeds) so most aircraft will out-turn you. Turning is advised only against larger aircraft like F-4 Phantoms.

The Hunter FGA.9 is equipped with an AN/APG-30 rangefinding radar, located in the nose of the aircraft. It will automatically detect other planes within the scanning area and display the range to the closest target. It is linked with a gyro gunsight and can help with aiming at close range.