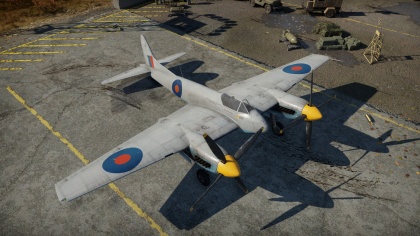 The Hornet Mk.III is a Rank IV British strike fighter with a battle rating of 5.7 (AB/RB/SB). This aircraft was introduced in Update 1.71 "New E.R.A".