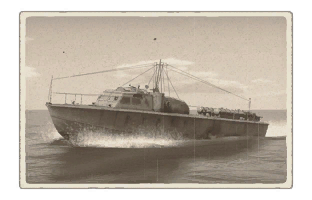 The Higgins 81 ft PT-6 has no armour beyond its 40mm hull and 15mm superstructure. The rear of the boat is most vulnerable as most high pen rounds such as the Oerlikon Mk.II 20 mm on the 80 ft Nasty or the 20 mm MG C/30 automatic cannon on the R-boot R-41 will easily penetrate or do significant damage to it's torpedo bays. The ammo magazine for the frontal turrets lay directly behind them but are often not worth focusing on.

The crew positioning is fairly centralized towards the middle-front of the boat. The radio station often lays beneath the water and is directly below the main turrets. The main turrets will often be the last compartment of the boat to be damaged due to their smaller hitboxes. The Higgins has 17 crewmembers and can survive with only 5 if the crew is aced and the Crew Interchangeability stat is maxed out. 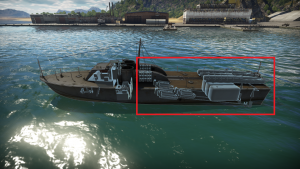 These are vulnerable areas on the Higgins 81 ft PT-6 and every captain should avoid exposing these segments of the boat for extended periods.