Difference between revisions of "He 112 B-0" 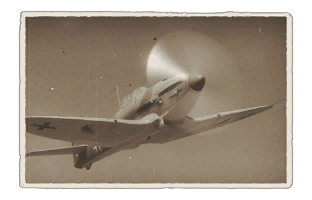 The He 112 B-0 represents the most advanced He 112 variant in the game (after the He 112 V-5 and cannon-armed He 112 A-0). Given all advantages and disadvantages, He 112 B-0 is best played as a universal fighter. If encountering highly agile biplanes, use the He 112's speed to outrun them. If encountering fast, but less agile monoplanes, use agility to out-turn them. And if faced with bombers, nothing shall hold the He 112 back, as the firepower can finish any bomber quickly. That said, He 112 B-0 can be a quite enjoyable fighter to play, and will serve as a trainer for its successor in the German research tree – the Bf 109 B-1/L, the first version of the legendary Bf 109 fighter series.

It is reasonably fast for a rank I aircraft, while not faster than the Russian LaGG-3 and Yak fighters, or the American Buffalos and Hawks – all of them common adversaries of the B-0. It is also quite agile for a monoplane, but will always be out-turned by biplanes or light Japanese fighters such as the A5M4 or Ki-27. Its climb rate is not exactly stellar, but He 112 B-0 can handle surprisingly high speeds – a red line of 690 km/h is not bad for rank I fighter. While mediocre in manoeuvrability and performance, the strongest trait of this plane is clearly the armament, which is the same as on the Bf 109 E-3 fighter.

The offensive weapons are equal to the Bf 109 E-3 with one exception: the nose-mounted machine guns have half the ammo. While this seems to be a drawback for the He 112, it really is not. With 500 rounds per gun, the Heinkel will not run out of ammo any time soon and their effectiveness against Battle of Britain aircraft is limited.

On paper, the He 112 B-0 appears to be quite well armed, having two machine guns and two MG FF cannons. However, the cannons are quite underwhelming, especially with the Air targets belt. Many of the belts rounds seem to explode on the surface of enemy aircraft, damaging external features such as control surfaces, but doing very little internal damage. Sometimes, multiple hits can be placed on an aircraft with little or no effect. It is best to aim for flaps, particularly ailerons and elevators. This means that if an aircraft can't be knocked out of the sky, it can be forced to crash due to loss of control.

The He 112 B-0 suits naval battles, especially naval RBs. Compared to other early German aircraft which have poor-penetrating 7.92mm machine guns, the He 112 B-0 has two powerful cannons which can deal a lot of damage, especially to small boats. The stealth belt suits this method best, as this belt has lots of APHE shots.

In 1934, Heinkel Flugzeugwerke company started work on a fighter to participate in the competition created by German Reichsluftministerium (RLM) in order to find a modern fighter aircraft for future needs. The largest portion of inspiration was drawn from the Heinkel He-70 "Blitz", a passenger and postal plane. This plane designed by the Günther brothers and introduced in 1933 was quite modern for its time, as it featured an all-metal monocoque fuselage, retractable landing gear and elliptical wings with a reverse gull-wing shape.

The He-70 Blitz could reach speeds up to 360 km/h (224 mph) and indeed the name means "Lightning" in German, so it was close to the minimum speed demanded by RLM on its own. This made the He 70 a great basis for a new fighter, and designers thus proceeded with modifying the He 70. The resulting design, called the He 112, was basically a down-scaled He 70, as it shared the all-metal construction, inverted gull wings and retractable landing gear. The first prototype, fitted with a British Rolls-Royce Kestrel Mk.IIS inline engine and designated He 112 V1, was completed in September 1935, followed by the He 112 V-2 powered by a Jumo 210C engine and incorporating some structural changes such as clipped wings and a three-bladed propeller, and finally by the He 112 V3, featuring a fully enclosed cockpit.

After the aircraft of Arado and Focke-Wulf were disqualified from the contest due to unsatisfactory performance, the competition had to be settled between the He 112 and Messerschmitt's Bf 109, designed by Willy Messerschmitt. Unfortunately for Heinkel, the Bf 109 emerged victoriously. The He 112 was more agile, but the Bf 109 was faster, had a better roll rate, and was cheaper and easier to manufacture. However, the development of the He 112 continued despite this defeat, and the plane was offered for export. Prototypes and small-scale production models were further developed up until its final and most advanced variant, the He 112 B.

The first version of the B-series and topic of this article was designated He 112 B-0. It featured a reworked fuselage, a new design of rudder and vertical stabiliser, and a bubble canopy, which was a very modern solution for its time. It offered superb visibility compared to "greenhouse" framed designs common in that time. The engine used was a Jumo 210C, producing 631 horsepower. Regarding armament, the He 112 B-0 was armed by two 7.92 mm MG 17 machine guns, mounted on the sides of the engine cowling, and two 20 mm drum-fed MG FF cannons, housed in the wings.

The first customer was the Empire of Japan, ordering of 30 He 112 B in 1938. The aircraft were however not used in combat due to their insufficient agility (compared to Japanese fighters) and ended their short career as trainers. Twelve He 112 B’s were sent to Spain, where they were used operationally in small numbers during the last weeks of the Spanish Civil War, and remained in service after the war ended. Notable usage passed the Civil War in Spain was from the 3rd of March 1943, when a single He 112 B managed to damage an American Lockheed P-38 Lightning fighter. Spain eventually used its He 112's up until the 1950s. The two largest operators of the He 112 were Hungary and Romania – He 112 B-1/U2 and He 112 B-2/U2 both in their respective markings of the two countries are available in War Thunder as premium planes. Hungarian He 112's saw limited service and probably all of them were destroyed during the Allied bombing raids in 1944, while Romanian Heinkels saw some limited air combat in the opening stages of Operation Barbarossa, where they were used for ground attack missions and ended their career as training planes.

Ernst Heinkel continued to improve his fighter. The He 112 was drastically redesigned. It was actually a new aircraft, although the former designation was retained. The He 112 V9 prototype, which later became the main aircraft of the He 112 B-0 preproduction batch, even differed from its predecessors in external appearance. Its wingspan was reduced and its total fuselage length increased. The shape of the tailplane and the fin was completely changed, and the rudder area was noticeably enlarged. A bubble canopy was installed in the rear section of the cockpit instead of the fuselage spine fairing, and the cockpit itself obtained a sliding section and became completely closable.

The He 112 B-0's armament was exceptionally powerful for its time and included two synchronous 7.92 mm Rheinmetall-Borsig MG 17 machine guns mounted on either side of the forward fuselage, with 500 rounds of ammunition each, and two 20 mm Oerlikon MG FF cannons mounted in the wing panels, with 60 rounds each.

With all performance characteristics considered, the He 112 B-0 looked better than the Bf 109's early versions. But the Messerschmitt had already been launched into full-scale production by that time, and it was cheaper, simpler, and easier to produce than the He 112. Besides, the Bf 109 was more versatile, and its design had significant potential for further improvement.

Heinkel realized that the He 112 would probably never be accepted for service with the Luftwaffe, so he put special emphasis on obtaining export orders for his fighter. Japan was the first to take an interest in the He 112. In early 1938, four fighters of the He 112 B-0 variant were added to the arsenal of the Imperial Japanese Navy. A total of 12 He 112 B-0 machines were delivered to Japan during the coming years. These aircraft, unlike the first He 112 A-0 preproduction machines, were accepted for service with the Navy under the same designation, the A7He1 Carrier Fighter, but they never participated in any combat operations and were mainly in service with training units.

26 machines of a He 112 B-0 preproduction batch commandeered from the "Japanese Order" were used temporarily by the Luftwaffe. In 1938, all of them were part of the 3rd and the 4th squadrons of the JG 132 Fighter Wing and provided air cover over Leipzig during the Sudeten Crisis of 1938.

17 aircraft of the He 112 B-0 variant were delivered to Spain, where they formed a separate fighter wing called Grupa de Casa 5-G-5. The Spanish operated their He 112s until the early 1950s.

A total of 34 machines of the He 112 B-0 series were produced, including 4 prototypes and 30 production aircraft.