Difference between revisions of "Hampden TB Mk I (USSR)" 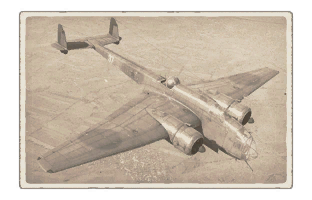 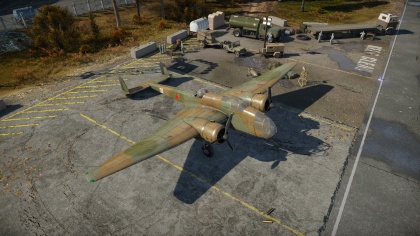 The Hampden TB is a premium, lend-lease, Soviet rank 1 bomber of British design, and plays much as standard tree Soviet bombers do. Its good performance and respectable payload can destroy a bombing point in one go, and still have some to spare. It can also carry a torpedo, making it an effective anti-carrier craft. However, it is not well equipped to defend itself, and as such suffers in up-tiers.

The Hampden TB Mk I (USSR) can be outfitted with the following:

For its BR, the Hampden is quite fast at altitude. It can turn well at lower speeds, but this feature should not be utilized if you're being engaged. The most effective method of escaping combat is to run, ditching your bombs if absolutely necessary. Its bottom and forward gunners can deal with unarmored aircraft, but will struggle against anything with a small amount of armor. There is, however, a Berezin UB machine gun in the top rear turret that can effectively deal with most fighters if needed.

RAF Squadron No.49 was the first to receive their new Hampdens. Bearing the brunt of early bombing raids on Europe, the Hampden proved no match for Luftwaffe fighters. It was subsequently switched to various night time operations, such as mine-laying, bombing raids on German soil, propaganda, and torpedo bombing. Despite having great speed and maneuverability, the Hampden was declared obsolete and retired from service in 1942.