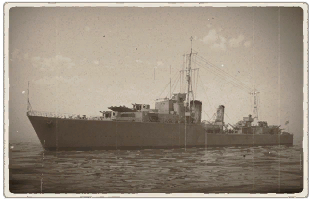 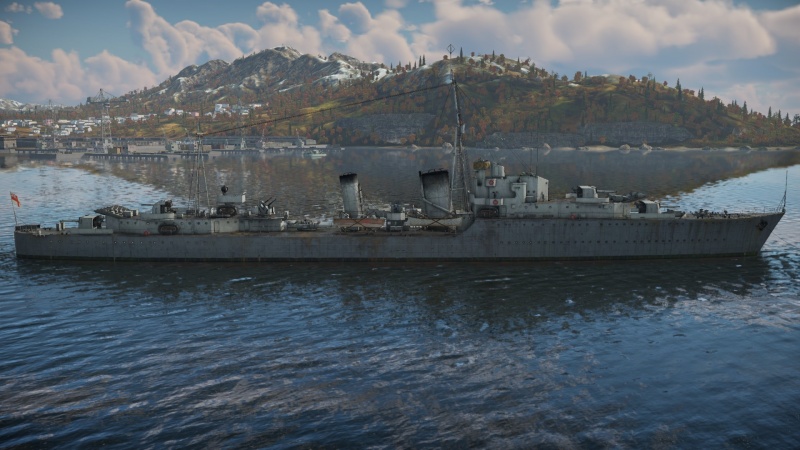 While the Tribal can fill numerous roles (and works well as a general all-rounder destroyer), it excels best as a gunnery ship. Thanks to the hefty calibre of its shells, as well as the accuracy of the guns, the Tribal can give other destroyers a good beating, even from distance. In addition, the concentration of 2/3rds of your guns at the front of the ship means you can still pump out a good amount of damage while keeping a small profile. Still, if you know you won't get shot at, don't be afraid to swing the rear turret around and let rip. While the RoF of the guns is nothing special compared to some of the 4.7+ destroyers, it's more than enough for 4.3

The Tribal does also boast a hefty secondary armament for a destroyer. The 4-inch dual-mounted gun located towards the aft of the ship can also damage enemy destroyers, and can be a nasty surprise for coastal ships trying to get the jump on you. In addition, the Tribal is littered with AA guns, that can make short work of both aircraft big and small, and torpedo boats. Combined with the Tribal's fast speed, this can make the Tribal an excellent support/escort ship if brought into higher tier games, where the ship's 4.7-inch guns will begin to struggle against cruisers.

The main downside to the Tribal is its vulnerability. Not only is it far from the smallest destroyer, making it a big target, but it's also built out of ammo racks. The ready-use ammo located on the deck, as well as the thousands of shells under the turrets, can cause very unwelcome detonations from well-aimed enemy fire. The Tribal also suffers at close quarters, due to the mediocre traverse speed of the main turrets, and its lackluster torpedoes, which are few in number and lack the speed of contemporary torpedoes (though they do pack a big punch if they hit). Keep the Tribal away from close quarters fighting however, and you'll out-gun your opponents at long range comfortably.