Difference between revisions of "H-34" 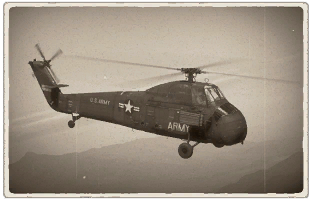 The H-34 is a gift rank V American helicopter with a battle rating of 8.3 (AB/RB/SB). It was introduced during Update 1.91 "Night Vision" as a reward for the Operation Shipyard event. It is currently rare vehicle and is also obtainable through the Gaijin Marketplace.