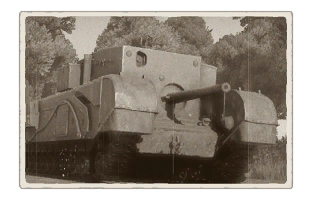 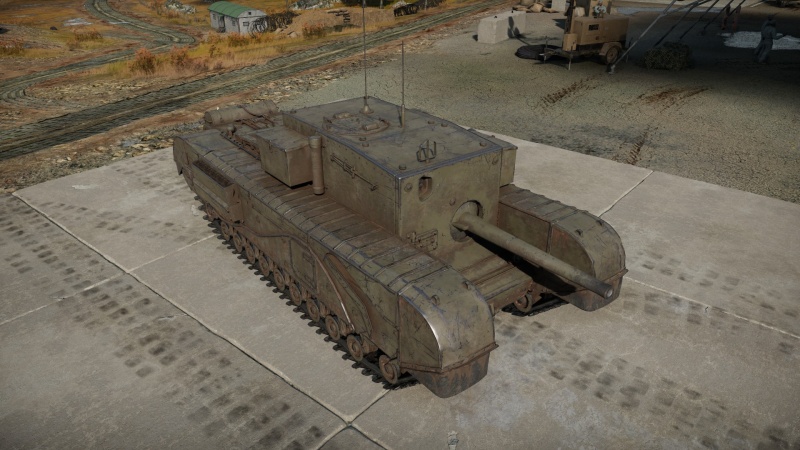 The Gun Carrier, 3-inch, Mk I, Churchill (A22D) is a rank II British tank destroyer with a battle rating of 3.0 (AB/RB/SB). It was introduced along with the initial British ground tree in Update 1.55 "Royal Armour". This abomination of a vehicle is based on a Churchill chassis. It sports a 3-inch gun that they couldn't fit into a normal Churchill turret, but in the world's boxiest crew compartment. In all seriousness, you will likely see the tracks (and suspension) before you see anything else. Once you've recognized that there is no turret, then you know its a 3-inch Gun Carrier. 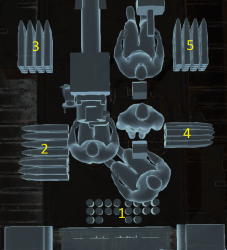