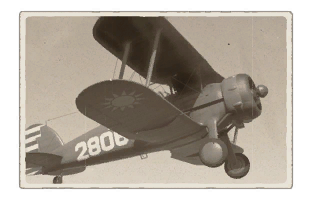 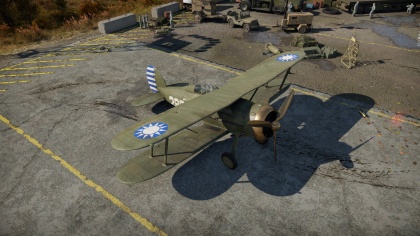 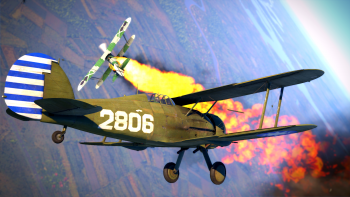 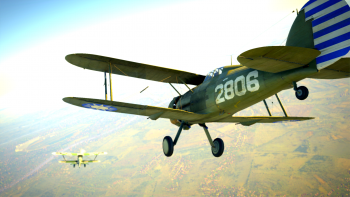 Like many aircraft designed just prior to the outbreak of World War II, the Gladiator Mk I was not outfitted with any armour plating. The Gladiator Mk I relied on its engine to get the aircraft where it needed to go and helped the aircraft get into a position where the guns should shoot down an enemy, any attempts to install armour plating would have only slowed down the already relatively slow biplane which would not have been worth the trade-off. However, despite lacking armour, its fuel tank is self-sealing. 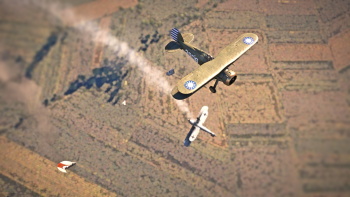 The Gladiator Mk I (China) can be used in turnfighting and bomber interception. Like in AB and RB, it is excellent in turning tightly and continuously, and it has lovely low-speed handling and low stall speeds, making it a great starter plane for Sim. However it does have its drawbacks: the rather big nose blocks the visibility a lot, offering very poor over-the-nose visibility which is a disadvantage in a turn fight, because when leading a shot the enemy will always get obstructed by the engine, making the player guess the shot. Also its upper wings and various frames and strings between the wings will get in the way when you look aside.

Before engaging a fight, it is better to have an altitude advantage first. When approaching the fight try to figure out which is your teammate and which is the enemy, to avoid going for a second pass, as the energy retention of the Gladiator Mk I (China) is rather slow. Also pick your target carefully. For easier aiming, you want to go for those unmanoeuvrable twin engine aircraft like Ju 88 or Ki-45, or bombers if there are any. Given the bad forward visibility of the Gladiator Mk I (China), these are the best options as they are quite slow and sluggish, and are a bigger target to hit. However getting hits on them doesn't mean good damage, so you must be patient. When dealing with fighters, it is way harder to aim. The elevator control of the Gladiator Mk I (China) is quite sensitive, giving it good manoeuvrability, but at the same time, bad handling. The Gladiator Mk I (China) will respond in a very fast turn upon moving your stick/mouse by a little bit, which makes tracking nimble planes quite hard. But once you get used to it, try to lure every enemy into a turnfight, as that is where the Gladiator Mk I (China) shines. Quite a bit of bullets are required to effectively damage the enemy so you must be patient. If you find an enemy at your six, utilise your great turning ability and simply do tight turns, most monoplanes won't be able to cut inside your turn and they might disengage. However with biplanes you will need some defensive manoeuvres like barrel rolls.

This early twin engine plane always shows up as an AI controlled recon aircraft that you have to down, which is a good news as AI won't manoeuvre aggressively. However this plane is extremely durable for the Gladiator Mk I (China)'s weak MGs. When it shows up as an AI, deflection shots are not recommended as the small shooting windows really does nothing. Instead, try disabling its 2 gunners first, then just sit behind it and burst on its wings and engines. When attacking the gunners try to not get your engine damaged by pulling evasive manoeuvres as soon as the bullets come close, since the Do 17 might outrun the Gladiator Mk I (China) in a level flight if your engine is damaged.

These early monoplanes might not be able to out-turn the Gladiator, but they can easily outrun it as the Gladiator is rather slow. These fighters will usually BnZ you, so you must constantly look above and behind you. If they are diving on you, use your roll rate and dodge under their negative G areas. Most players will try to follow up, if not immediately losing track of you. Several dodges might make them impatient and give up BnZ, and if they really start to turnfight with you, they are already dead. 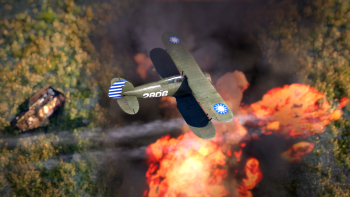