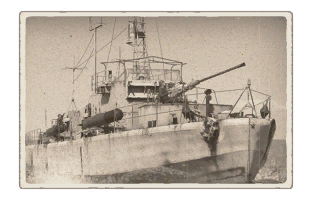 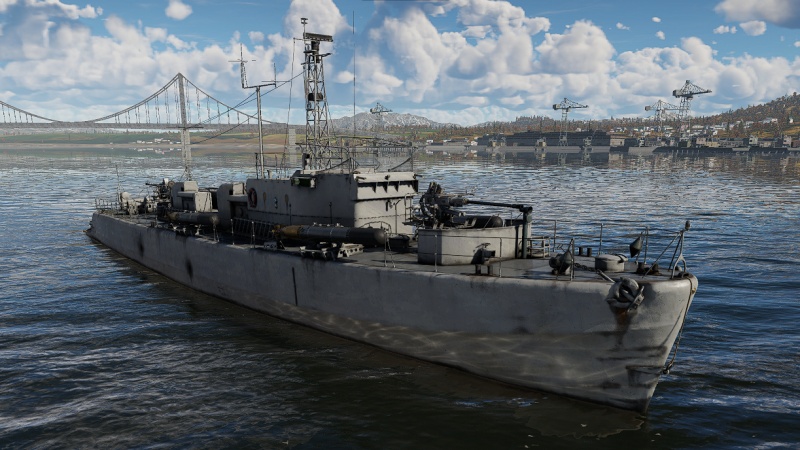 The P-490 is fairly well-defended for a boat of its size. Although it does not have any armour plating, its internal modules are well-placed to increase survivability. The ammunition storage is located beneath the waterline, making detonation unlikely. One of its fuel tanks is also located below the waterline. With this protection, the P-490 can survive a good number of hits from low-calibre guns. However, the main calibre rounds fired by destroyers and other large ships will have no difficulty in destroying or at least dealing great damage to this vessel. With its modest 38 man crew, the Folgore finds itself in a modestly balanced position among its most common contenders. The Folgore often found itself against the American PT-810; the German MZ1; the Soviet Groza and Pr.186 and finally the Japanese Type 11. Of these five, the most dangerous were the PT-810 and Type11 because with their 40mm Bofors L/60 Mark 3 automatic cannons they  are able to inflict a considerable amount of damage on the P-490.

The propulsion  is  four diesel engines on four axles with a total power of 10000 hp that  allows for a speed of XX Km/h (35knots) with a range of 629 miles.  The modernisation  saw the substitution  from the main previous engine type MB511 of 2.500 hp with all new types of engines  called MB 518 which provided  3.000 hp for a total power of 12000 hp,  it allowes the boat to reach a speed of 38 knots with a range of 700 miles thanks to the greater quantity of embarked fuel, passed from 22 to 30 tons.  With its remarkable agility it can move the rudder from left to right in 3.5 seconds and once it has reached the maximum speed it can make a U-turn in 20 seconds.   It has a maximum speed of 66 km/h while in reverse it reaches -25 km/h. Compared to other the ships at its battle rating this is one of the slowest ships for reverse speeds, but this does not mean that it is not a good ship. Don’t go backwards, go forwards!

The two Bofors cannons on the P-490 are both fully traversable, and have a  good traverse rate of 30 degrees per second. They are able to easily destroy any small vessel that the P-490 may face in battle. If necessary, they can be used against destroyers, if it is not possible to use the P-490 torpedoes, but this is less effective. The two 40mm Bofors L/60 Mark 3 have a great rate of fire 150 rounds per minute and can easily destroy anything within an 800-meter radius.

One of the cannons is located at the bow of the ship, while the other is located at the stern. This means that it is sometimes not possible to fire both at the same target simultaneously.Engaging broadside eliminates this issue, but of course, makes the P-490 a larger target for the enemy to hit.

This vessel's four torpedoes are best used against large, slow, cumbersome targets such as destroyers, minesweepers and barges. They will do significant damage if they hit, a weak spot. Unfortunately these are the slowest (81km/h) at this battle rating compared with the English (84 km/h) and American (85 km/h).  The 4 torpedoes are positioned on the 2 sides of the ship and offer only a non-directable frontal launch.

The P-490 is a light vessel, and like all smaller ships is most effective in more compact areas of the map, where it is easy to find cover. Using this vessel in open waters, at long range, makes it vulnerable to fire from enemy destroyers, and gives the player little ability to fight back.

If it is necessary to engage a destroyer though, the P-490 is equipped with four torpedoes for just this purpose. They are large enough to do significant damage if they hit, but it is often hard to use them effectively. The best way to make use of the vessel's torpedoes is to get close to an enemy ship without their noticing and fire at close range.

Other than torpedoes, the P-490 is equipped with two 40 mm cannons, which are quite effective against small boats. Not surprisingly, they do little damage against larger ships, and are best used at closer range.

The first sea trials revealed a marked tendency to raise the bow, with a consequent loss of speed due to the excessive strain, so that in order to increase the thrust of the aft area, a special "bottazzo" structure was applied in the shipyard, which resulted in an extension of the living structure towards the stern, bringing the overall length of the unit from 37.2 m to 39.4 m.  Later in 1957, in order to dampen the splashes of water generated during navigation at high speed and in slightly rough seas, at the Arsenal of Taranto shipyard located, the bridge was equipped with a plexiglass windshield and at the bow given  a splash guard, to prevent the waves from splashing over and preventing the ship from gaining water. The coeval corvette Sentinel, built in the same yard had recorded similar problems.  In 1959 to 1960 ferro guides were added for twelve mines.  Despite numerous changes made during the fifties, the unit did not respond in a complete way to the nautical characteristics expected at the time of design and in June 1962 entered the shipyard at the Military Arsenal of Taranto for a radical reconstruction. The transformation works ended at the end of 1963.

The armament in the new configuration saw the replacement of the 40 mm Bofors L/60 Mark 3 cannons, with  the 40 mm/70 Breda-Bofors, the modification of the ferro guides to allow the embarkation of fourteen bottom mines, equipped with disposable trolleys, instead of twelve, while the original torpedo launchers were not embarked. The armament of the unit could not be defined as completely convertible, since the different operational predisposition did not contemplate the momentary disembarkation of weapons and equipment.  A factor which was negatively reflected in this phase of use,  with the displacement and encumbrance of the bridge. The configuration of the torpedo boat did not contemplate the embarkation of bottom mines, while in the configuration of the torpedo boat and minelayer torpedoes were not embarked. The unit, which returned to service in 1964, was renamed Folgore on September 1, 1965, when the Navy abandoned the custom of indicating torpedo boats with an alphanumeric code and assigned a name to each unit of this type. The vessel, assigned to COMOS, the motor gunboat section of the III Naval Division, was decommissioned on October 1st, 1976 and the ship was decommissioned on October 15th. The initials P 490 were assigned to the patrol boat Comandante Cigala Fulgosi of the Comandanti class. 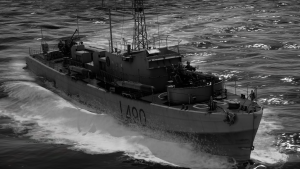 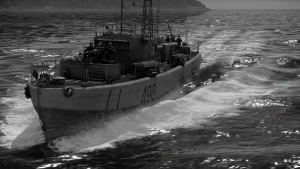 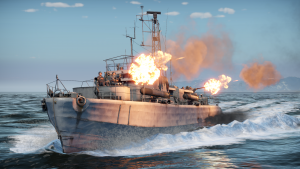