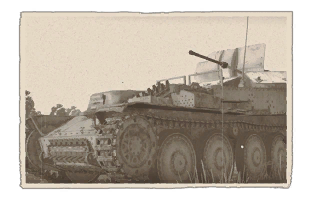 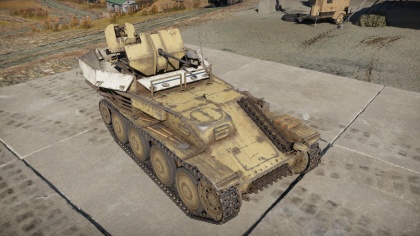 The Flakpanzer 38(t) Gepard has thin but highly sloped front armour that resists 7-8 mm machine bullets and even 12.7 mm machine gun rounds. The gun shield will shrug off smaller rifle-calibre rounds but not 12.7 mm bullets and larger. Like its predecessor, the Flakpanzer I, it maintains a crew of two and is also hull-breakable.