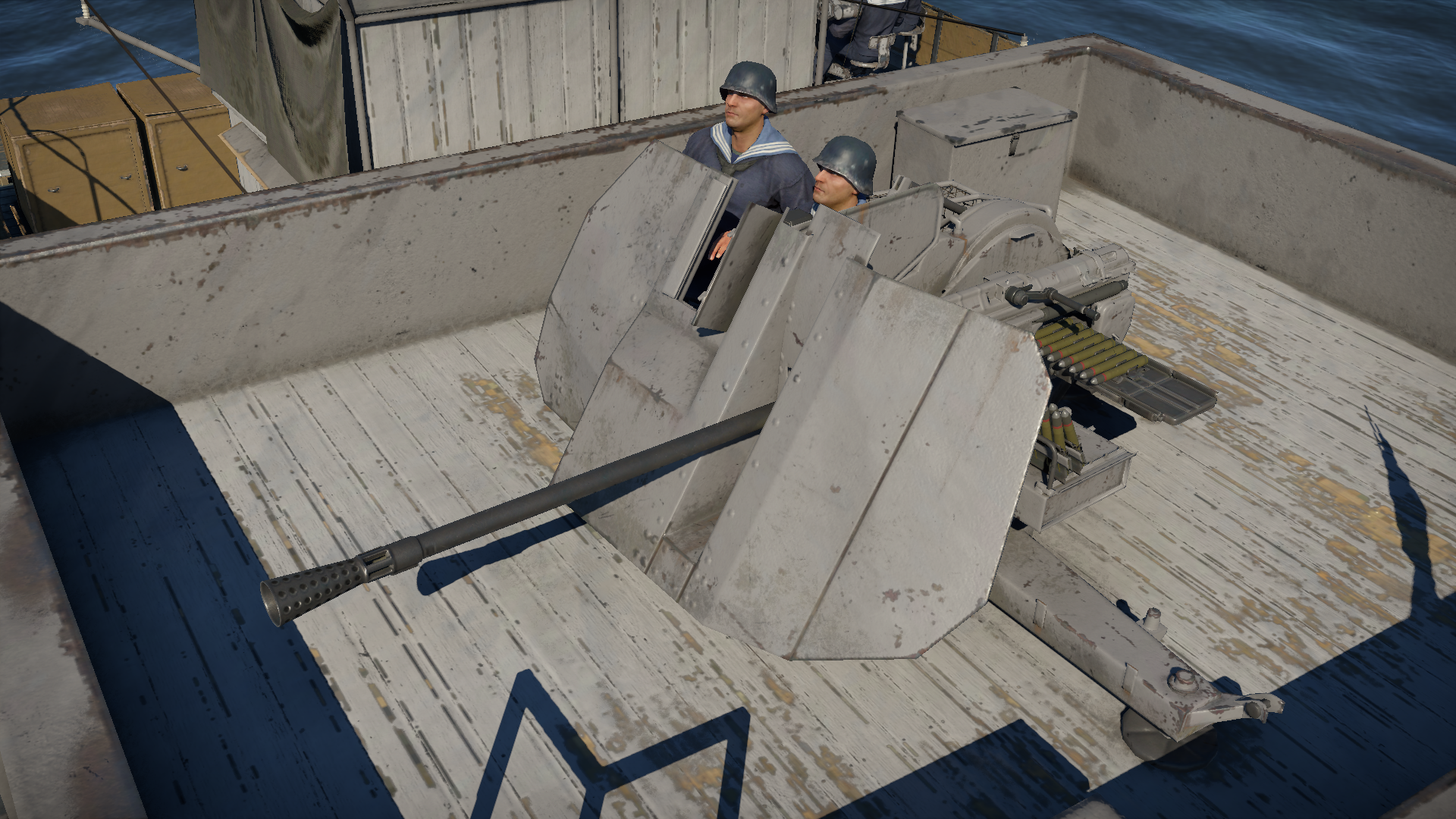 The 37 mm FlaK-Lafette C/36 is a German WWII automatic anti-aircraft cannon and is the naval version of the FlaK36 (37 mm). They can be found in either single or twin mounts on several torpedo boats, destroyers, and cruisers in the German tech tree. The twin mounts are erroneously named and are actually FlaK-Lafette LM/42 (37 mm).

The only other German gun of similar calibre is the S.K.C/30 (37 mm). Although the 37 mm S.K.C/30 fires heavier and harder-hitting shells, it is a single-shot gun and has a much longer reload. The 37 mm FlaK-Lafette C/36 can fire about eight rounds in roughly the 2 second time period it takes the 37 mm S.K.C/30 to fire and reload one. This makes it generally superior in anti-aircraft work and against boats.

If taking multiple different ammunition choices and the 37 mm FlaK-Lafette C/36 is not the main gun, make sure that the AI gunners fire the 37 mm HE clip so that they are better suited for AA work. Load the 37 mm HE clip first. If 37 mm APT clips are manually loaded, don't forget to switch back to the 37 mm HE clip before switching control away from the armament group.