Difference between revisions of "Fireflash" 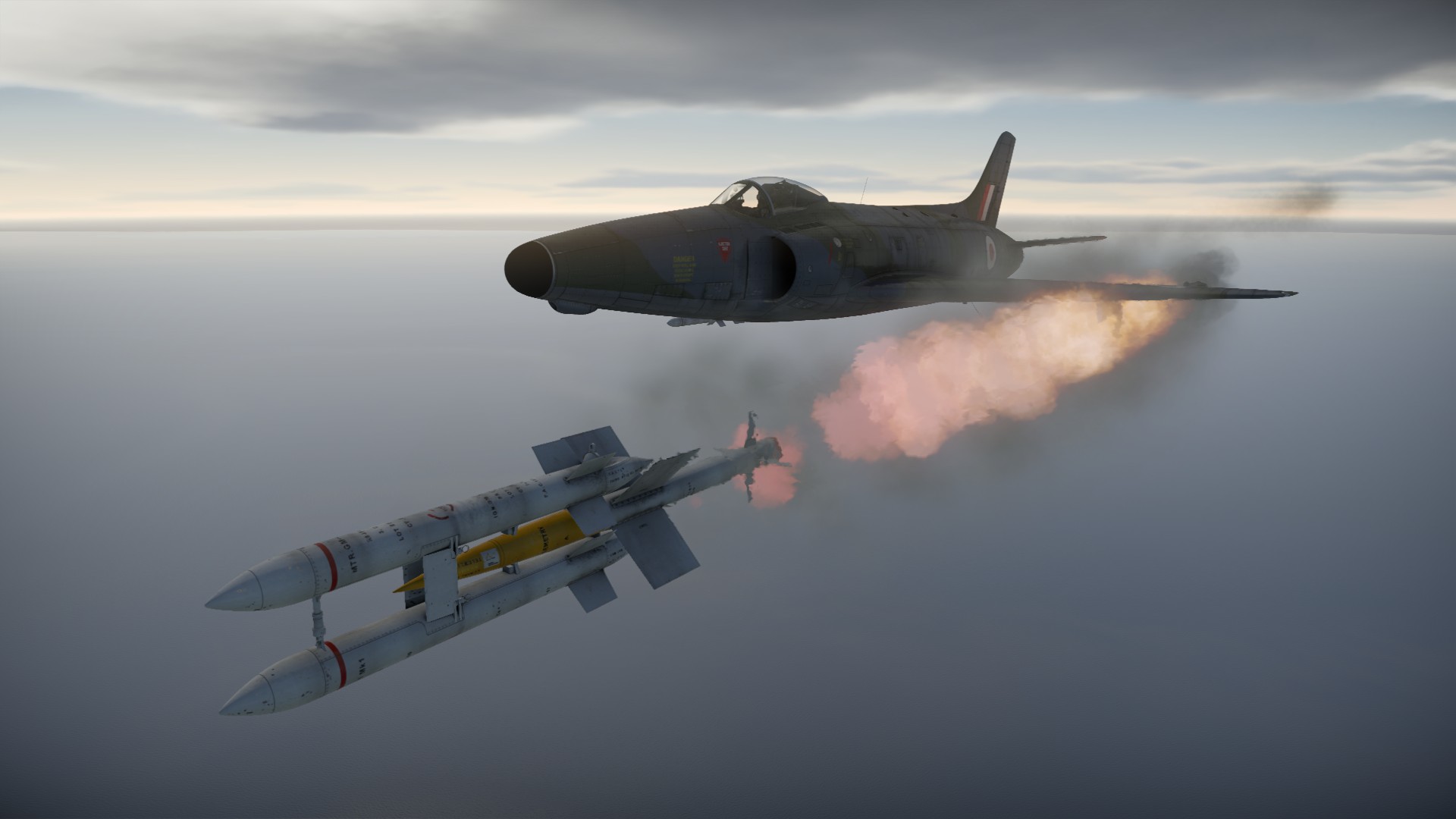 The main part of the missile considered the "dart" is a missile body with controllable fins, beam tracking sensors and a warhead. This portion of the missile does not have any propellent nor a motor. To produce thrust for the dart, it relies on two boosters which after firing, burn for approximately 1.5 seconds to a speed of about Mach 2, where then the boosters separate and the dart continues to be guided by the aircraft's radar beam to the target making minor adjustments as needed.

The Fireflashes Are The Most Fun You'll Have With Missiles - Spit_flyer
Are the FireFlash Missiles Good? - Slick Plays
EmbedVideo received the bad id "'"`UNIQ--nowiki-00000005-QINU`"'" for the service "youtube".
The BEST Fireflash Kills You'll Ever Watch｜Swift F.7｜WarThunder